TEHRAN, May 15, YJC - "Preserving the dignity of Muslims is a top priority, especially in Europe." said Grand Ayatollah Vahid Khorasani.. 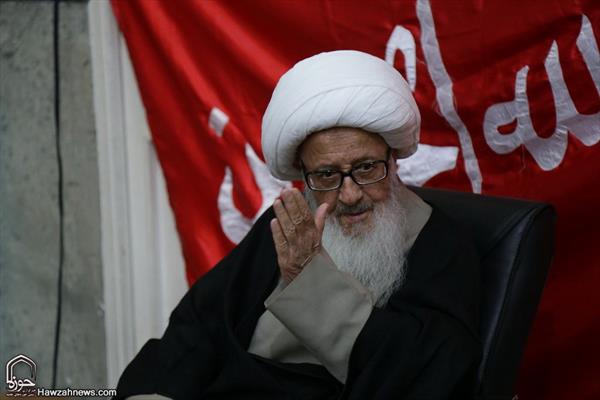 During the meeting, the senior scholar said, "Preserving the dignity of Muslims is a top priority, especially in Europe."

Addressing the head of Shia Parliament in Germany, Ayatollah Vahid added, "Your promotional activities in Germany are truly worthwhile; the people who preserve their religious faiths in non-Muslim countries despite all the difficulties and challenges they go through are doing a very worthwhile job and their actions will be greatly rewarded by Allah almighty."

"Invite Shia Muslims in Europe to recite Quran on a daily basis and advise them to dedicate it to Imam al-Asr (aj), in doing so they will be protected in this life and hereafter." Grand Ayatollah Vahid concluded.

It is noteworthy that at the beginning of this meeting, Hujjat al-Islam Mahmoud Khalilzadeh presented a brief report on the status of Shia Muslims in Germany during which he said, "Serious efforts are being put into promoting Islam and preserving Shiism in Germany as a result of Shia Parliaments' programs in the country."
Source: Hawzah News Agency
Share to
Tags
Ayatollah Vahid ، Shia Parliament ، Germany
Your Comment