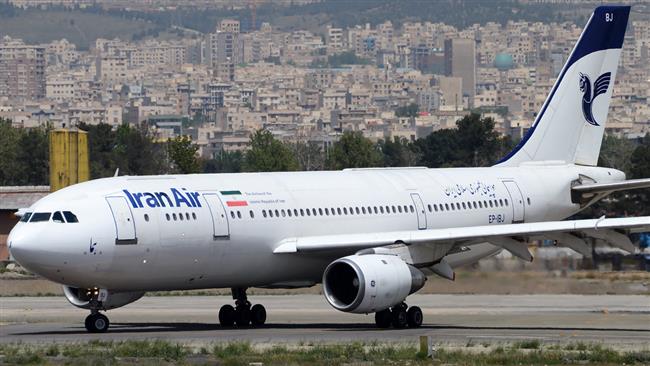 TEHRAN, Young Journalists Club (YJC) - Iran’s Deputy Minister of Road and Urban Development for International Affairs Asghar Fakhrieh Kashan was quoted by the domestic media as saying that nine financial institutions from Norway, Denmark, Ireland, Britain, China and Japan had already approached Iran to fund the purchases.
Fakhrieh Kashan did not reveal the names of the interested financers.
Nevertheless, he emphasized that proceedings to hold a tender to choose the financer for the purchases were underway, adding that tender documents would be sent out to potential bidders within a month.
Last week, he was quoted by media as saying that Britain’s key export credit agency – UK Export Finance (UKEF) – had informed Iran’s Ministry of Roads and Urban Development that it was ready to provide funding for all of Iran’s purchases from Boeing and Airbus.
He emphasized that Iran wanted to have an open hand in choosing the best financers and that a tender to the same effect would be held soon.
"Iran Air is preparing the tender documents so that they would be sent to all credible financers across the world,” Fakhrieh Kashan told the state news agency IRNA.
"We are in conditions that allow us to choose our desired financers in a competitive atmosphere that a tender creates.”
Also, Iran’s media last October quoted an unidentified governmental official as saying that Boeing had sealed a deal with an American bank to provide financing for Iran’s purchase of airliners in cooperation with a Japanese bank. No names were provided at the time.