Israeli minister: Assad should be killed

TEHRAN, May 17, YJC - An Israeli minister said Syrian President Bashar al-Assad is to blame for the sufferings of the Arab state and should be assassinated, a day after the US leveled fresh allegations against the Damascus government. 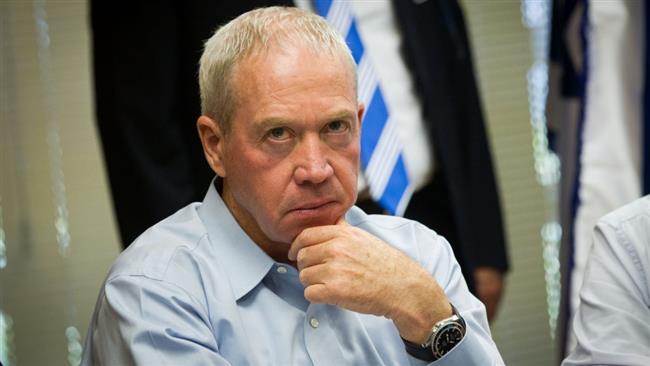 TEHRAN, Young Journalists Club (YJC) - "As far as I am concerned it is time to assassinate Assad,” the regime’s housing and construction minister Yoav Galant told a conference outside Jerusalem al-Quds on Tuesday, adding that the Syrian president "does not have a place in this world.”
He accused the government in Damascus of "executing people, using directed chemical attacks against them, and the latest extreme — burning their corpses.”
Killing Assad would be the first step in confronting Syria’s supporter, Iran, he added.
Galant’s comments came one day after the US State Department claimed that Assad's government was using a crematorium to cover up the deaths of thousands of prisoners at Saydnaya military prison near the capital Damascus.
Syria’s Foreign Ministry categorically rejected the allegation as "a new Hollywood screenplay disconnected from reality,” and "totally unfounded.”
Successive US administrations are "fabricating lies and creating false allegations … to justify their policies of aggression and intervention in sovereign states,” SANA quoted a ministry source as saying.
This is while the Tel Aviv regime regularly attacks positions held by pro-Damascus forces in Syria, claiming that the attacks are retaliatory.
Syria says the Israeli raids are meant to shore up the Takfiri terrorists, who are increasingly losing ground against the Arab country’s army.
The Syrian army has on several occasions confiscated Israeli-made arms and military equipment from terrorists fighting the government forces. There are also reports that Israel has been providing medical treatment to the extremists wounded in Syria.
Last month, Israel’s former minister of military affairs Moshe Ya’alon admitted to a tacit alliance with Daesh , saying the terrorist group had "immediately apologized" to Tel Aviv after firing "once” into Israel.
Last September, Israeli lawmaker Akram Hasson accused Tel Aviv of directly aiding the Jabhat Fateh al-Sham terror outfit, formerly known as al-Nusra Front, in the battles on the Golan Heights.