TEHRAN, May 21, YJC - German Defense Minister Ursula von der Leyen has announced that an airbase in Jordan shows potential as a replacement for Turkey's Incirlik base. 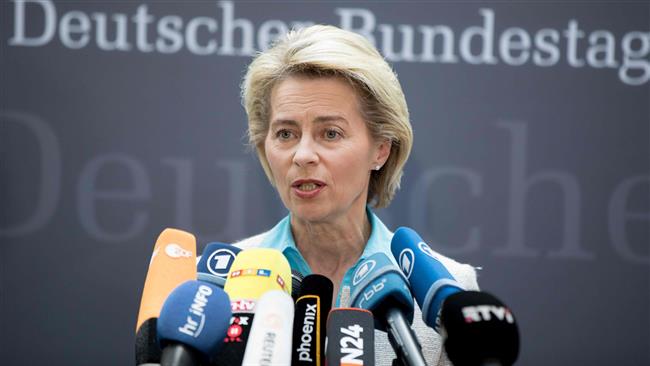 TEHRAN, Young Journalists Club (YJC) - "There is a lot of potential in this airbase and we were very grateful for a very positive reception and a lot of support,” said Von der Leyen on Saturday on the sidelines of the World Economic Forum in Jordan.
She noted that the she had inspected the Azraq airbase on Friday, and noted that Germany has not yet decided on removing its troops from Incirlik, but the inspection was needed. "In case we will have to move, we would be prepared."
Last week she announced that her country was seeking a new location to deploy its troops who are part of the US-led coalition allegedly fighting Daesh in Iraq and Syria.
The announcement came after Turkey prevented German lawmakers from visiting the country's soldiers at the base in response to Berlin's decision to grant asylum to Turkish soldiers accused of participating in last year's failed coup, Presstv reported.
Germany has about 250 military personnel stationed there, flying Tornado surveillance missions over Syria and refueling flights for partner nations.
On Thursday, Turkish Foreign Minister Mevlut Cavusoglu said that German troops were welcome to leave Incirlik if they wanted to. "If they want to leave, let's just say goodbye."
Share to
Related News
Turkish post-coup purge reaches local councils, ministries
Trials begin for Turkey coup ‘organizers’
Tags
Germany ، Jordan ، airbase
Your Comment