TEHRAN, May 22, YJC - Iran's President Hassan Rouhani said the Iranian people voted for moderation and reason in the recent twin elections in the country. 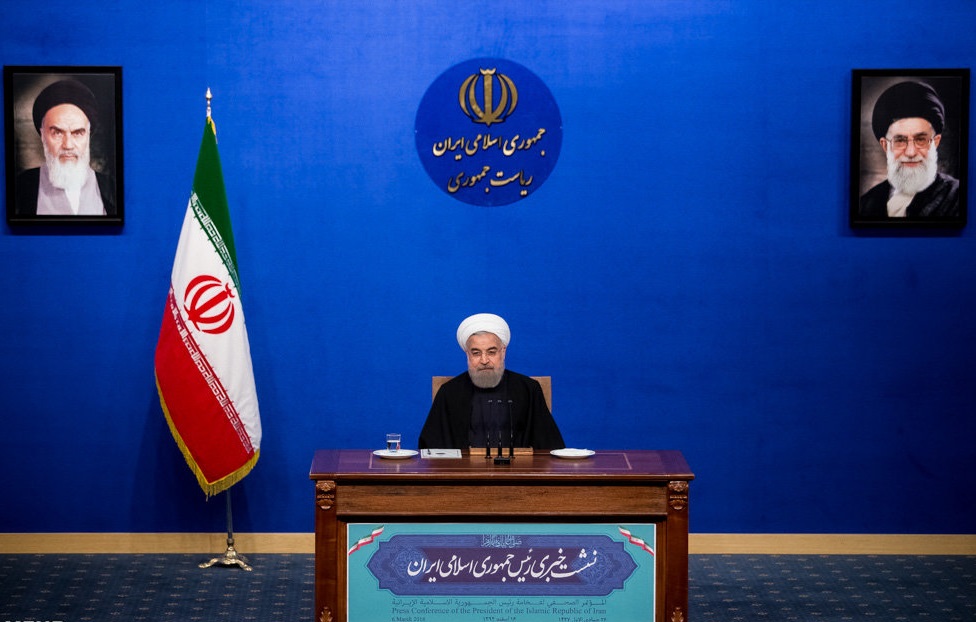 TEHRAN, Young Journalists Club (YJC) - The president made the remarks in his first press conference on Monday in the presence of representatives of domestic and foreign media since his landslide election victory and winning a second term in office.
Rouhani described the turnout in the elections as "unprecedented in Iranian history," saying if all of those who had stood in long queues at the polling stations had succeeded to vote, the figure would have increased to 45 million. Some 42 million ballots were cast in the presidential election.
He said the lies in the presidential campaign failed to yield results, adding that the Iranian nation dismissed destructive efforts and imprecise remarks.
Rouhani said Iranians proved that they cannot be deceived by unreasonable promises, adding that the Iranian people would never accept national media being under the influence and control of one particular party and faction.
He said the high turnout of the Iranian people in the polls proved that they want to convey the message that they are one nation and want to be heard.
"The people said 'yes' to unity and balance," he stressed.
Iranians voted for plans to develop the country’s economy and announced that no one has the right to impose its own will on others, the newly-reelected president added.
Iranian President Rouhani, a pro-reform candidate, won a resounding reelection victory on Saturday with 23,549,616 votes or 57 percent of the total ballots. His main rival in the four-man race, Seyyed Ebrahim Raeisi, a principlist, secured 15,786,449 votes, or 38.5 percent.
Iran's 12th presidential election and the 5th City and Village Councils Elections were held simultaneously on Friday at some 63,500 polling stations inside the country and 310 others in 102 countries. Reformists also prevailed in the council elections in Tehran and the second city of Mashhad.
In his first televised speech on Saturday following his landslide election victory, Rouhani said the Iranian nation has chosen the path of interaction with the rest of the world devoid of violence and extremism.
Iranians clearly and explicitly sent their message to the world through the Friday elections, he said, adding, "Our nation wants to live in peace and friendship with the world, but at the same time, it will accept no humiliation or threat."
'Saudi gathering, show without political value'

Rouhani said the recent gathering of 55 countries in Saudi Arabia's capital of Riyadh was "just a show" without any political value.

"The Iraqi, Lebanese and Syrian nations stood against terrorists and Iranian diplomats and advisors have been helping them," the Iranian president added.

He said no one can claim that stability would be restored to the region without Iran's role, adding, "The US administration has never fought terrorism, but the American people are certainly against terrorists and don't want terrorism in the world."

"We are waiting for the new US administration to reach a mental stability. American [officials] were wrong about our region," Rouhani said and expressed hope that the US administration would consider the interests of its own people.
Iran-US ties

Answering a question, Rouhani described relations between Iran and the United States as "a tortuous road" over the past 40 years, saying, "The Americans have applied different types of methods against Iran and have always suffered a defeat and been unsuccessful."

The US will face defeat once again if it refuses to respect the Iranian nation, he added.

In response to another question, Rouhani said violence and extremism posed serious dangers to the Middle East and the entire world, adding, "The era of meddling in others' internal affairs, the era of war against other countries and the era of giving money to terrorist groups has come to an end."

He noted that terrorism has been gradually receding over the recent years but the complete eradication of the ominous phenomenon requires more time.

He emphasized that all countries have reached an understanding that unity in the fight against terrorism is the right path and added that Iran has been and would be in the forefront of the anti-terror campaign.

Elsewhere in the presser, Rouhani was asked about a recent arms deal between the US and Saudi Arabia worth almost $110 billion immediately, which is set to reach to $350 billion over 10 years, plus a series of other deals.

He recalled that Saudi Arabia gave nearly $100 billion to former Iraqi dictator Saddam Hussein during Iraq’s imposed war on Iran in the 1980s.

"Saudi Arabia may think that it should buy weapons but we do not need to purchase arms. We are manufacturing weapons and are capable of producing any type of weapons we need," the Iranian president said.

"I think Saudi Arabia will not be able to use such weapons and will be forced to bring American advisors to its own region," he added.

Rouhani expressed hope that the Saudi government would choose the "best path."

In response to a question about recent comments by US Secretary of State Rex Tillerson, who called on the Iranian president on Saturday to end the country’s ballistic missile tests and its support for terrorists, Rouhani said these are just "dreams."

"For their own defense, their weapons and their requirements, the Iranian people will neither appeal to anybody nor get permission from anyone," the Iranian chief executive pointed out.

Iranians have made their decision and want to always be powerful and strong, he said, adding that if Iran does not possess weapons and missiles, some will "make a miscalculation" as they have done in the past and caused war and chaos in the region.

He reiterated that Iran's missile program is aimed at promoting peace not aggression.

"US officials must know that we will test missiles whenever we need a missile test from a technical point of view and will not wait for their permission," Rouhani said.

Iran reached the nuclear agreement, known as the Joint Comprehensive Plan of Action (JCPOA), with the P5+1 group of countries and accepted the UN Security Council Resolution 2231 "in order to be able to boost our defense power," he said.

Under the JCPOA signed in 2015 between Iran and the five permanent members of the United Nations Security Council - the United States, France, Britain, Russia and China - plus Germany, Iran undertook to put limitations on its nuclear program in exchange for the removal of nuclear-related sanctions imposed against Tehran.

Resolution 2231 was adopted on July 20, 2015 to endorse the JCPOA. Under the resolution, Iran is "called upon” not to undertake any activity related to missiles "designed to be capable of” delivering nuclear weapons. Iran says it is not involved in any such missile work and has no such warheads.
Share to
Related News
Iran president to hold first press conference since reelection
President Rouhani says Iranian nation winner of polls
Tags
iran ، Rouhani ، election
Your Comment