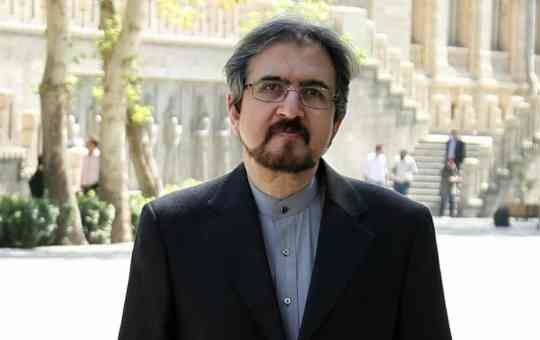 TEHRAN, Young Journalists Club (YJC) - "The Islamic Republic of Iran has never sought nuclear weapons,” he said in response to US President Donald Trump’s remarks on US commitment to prevent Iran from developing nuclear weapons and supporting terrorism.
He further said that Trump should know that competent international sources have frequently stressed Iran’s commitments, adding that, "He should have known that the policy of Iranophobia and repeating out-dated claims is a failed and ineffective policy,” he said.
He also described as unfounded allegations on Iran’s support for expanding terrorism in the region.
The Islamic Republic of Iran is honor of standing against terrorist groups firmly and honestly and it has committed itself to relentless struggle against them.