Cyprus leader calls on EU, Russia to join efforts in fight against terror

TEHRAN, May 25, YJC - Russia and the European Union can work together to counter terrorism and radicalization, improving the exchange of information among other things, Сypriot President Nicos Anastasiades told Sputnik. 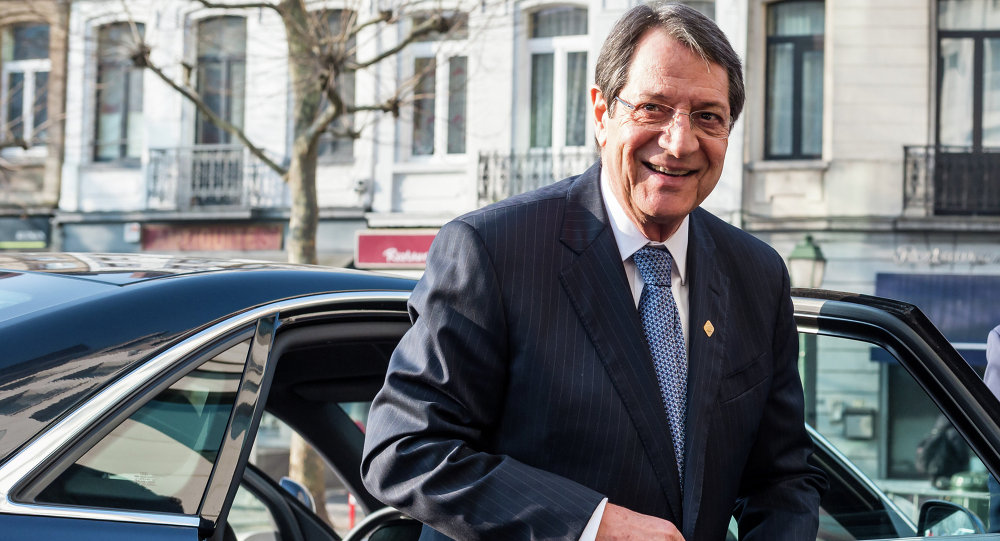 TEHRAN, Young Journalists Club (YJC) - The Cypriot president said that "timely and accurate exchange of information" would help track the trajectory of foreign fighters and stressed the need for plans for their "prosecution, reintegration and rehabilitation."
"Radicalization within our societies continues to pose a serious challenge and this is an area for example where the EU and Russia can work together. The phenomenon of foreign terrorist fighters, especially those now fleeing the battlefields in Syria and Iraq requires urgent attention," Anastasiades said.
"It is also imperative to stem the financing of terrorism and disrupt the revenue stream towards terrorist groups," Anastasiades said.
Europe has experienced a number of terrorist attacks in recent years, many of them claimed by the Islamic State terrorist group (banned in Russia) and often carried out by people who either traveled to the Middle East or Africa to participate in terrorists' military operations or adopted their radical ideology.
Russia, which has also been the target of terrorist attacks, has repeatedly suggested that the global community should unite its efforts in the fight against terrorism and expressed the willingness to join such an initiative, Sputnik reported.
Share to
Related News
Iraq begins operation to liberate last Daesh-held Mosul region
Russia airstrikes kill 120 Daesh terrorists fleeing Raqqa: Source
Estonia expels 2 Russian diplomats, Moscow slams ‘hostile act’
Tags
Cyprus ، EU ، Russia ، terrorism
Your Comment