TEHRAN, May 27, YJC - The US Senate Intelligence Committee, which is probing allegations of Russian meddling in the 2016 presidential election, has asked President Donald Trump’s political organization to provide all documents related to his presidential campaign going back to June 2015. 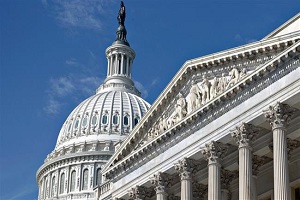 TEHRAN, Young Journalists Club (YJC) -The letter from the Senate panel seeking all documents, emails and telephone records arrived at Trump’s campaign committee last week and was addressed to its treasurer, The Washington Post reported on Friday, citing two people briefed on the request.
The Senate panel’s request marked the first time Trump’s campaign organization has been drawn into the bipartisan committee’s investigation into Russian interference in the presidential election, the report said.
That investigation is separate from the federal probe being caried out by the US Justice Department and the FBI.
Meanwhile, the Post also reported that Trump’s son-in-law, Jared Kushner, had proposed establishing a secret communication channel with Russia ahead of Trump’s inauguration on January 20.
The report said the request was made in December at Trump Tower in New York. Kushner "suggested using Russian diplomatic facilities in the United States for the communications," the Post reported.
In response to the revelation, the Democratic National Committee (DNC) called for Trump to fire Kushner from his position as a senior adviser to the president.
Since his victory in the November presidential race, Trump has been accused of being supported by the Kremlin to sway the election in his favor.
Trump has repeatedly denied any collusion between his campaign and Russia and has described the investigation as the "greatest witch hunt” in the US history.
Despite Russia’s alleged cyber attacks of Democratic officials during last year’s presidential race to help Trump defeat Hillary Clinton, American intelligence officials have acknowledged there is no evidence that hackers altered the election result.
Source:Press TV
Share to
Related News
Estonia expels 2 Russian diplomats, Moscow slams ‘hostile act’
1000s hold anti-Trump protest in Brussels ahead of NATO summit
China blasts 'trespassing' by US warship
Tags
US ، senate ، trump
Your Comment