TEHRAN, August 2, YJC - The new announcement by US Secretary of States Rex Tillerson that he has differences with President Donald Trump on the Iran nuclear deal, or the Joint Comprehensive Plan of Action (JCPOA), shows that the secretary has understood the deal is not an American treaty, said a commentator. 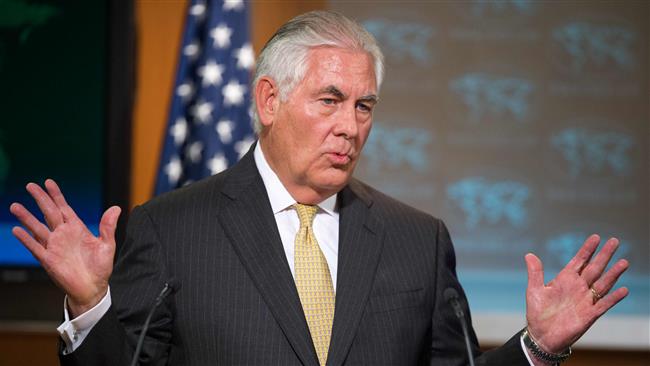 TEHRAN, Young Journalists Club (YJC) - “Mr. Tillerson for all of his foibles and failures is ... recognizing a very important truth and that is the JCPOA is not an American treaty or policy, it is a world policy,” Scott Bennett told Press TV on Wednesday.

“It (the JCPOA) is an agreement between Britain, France, Germany, Russia [the US, and China] to allow Iran to exist and prosper and be a member of community of nations,” Bennett said.

Iran and the six world powers signed the nuclear agreement in Vienna on July 14, 2015.

Later, the UN Security Council endorsed the deal, in which Iran accepted to restrict its nuclear program in exchange for the lifting of all nuclear-related sanctions.

Share to
Related News
US not after settling issues with Iran: Analyst
FM spokesman: Iran not to be silent on US violating of nuclear deal
US breach of nuclear deal to face Iran coordinated response: Top official
Larijani slams US violation of nuclear deal
US worry of Iran’s strengthening through JCPOA: Zarif
Iran devises response to US sanctions
Iran warns to withdraw from JCPOA if costs exceed benefits
Iran won’t take US bait to scrap accord: Officials
Iran complying with JCPOA letter, spirit in good faith: Zarif
New sanctions show US insistence on hostility toward Iran: Senior MP
US to pay for any violation of nuclear deal: Iran MP warns
If US not satisfied with IAEA inspections, we can limit them: Larijani
Tags
Iran ، nuclear deal ، Tillerson
Your Comment