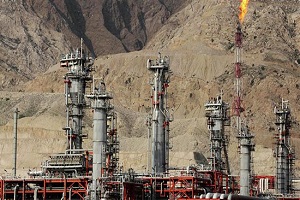 Shana called it the first tripartite agreement of partnership and investment between Iranian and foreign companies, under which the parties will set up joint ventures to finance projects in and outside Iran.

According to the report, Iran's Ghadir Exploration and Production Company will lead the consortium, while each company will allocate equal investment shares in the jointly-financed projects.

“The three parties also agreed to follow all technical and economic activities related to the implementation of oil and gas field development projects in partnership through forming technical and economic leadership teams,” it added.
Ghadir has signed a cooperation agreement with the National Iranian Oil Company (NIOC) for the study of the third phase of the Darkhovin (Darquin), Sepehr and Jufair oil fields and Kish gas field as one of the qualified Iranian companies for exploration and production activities.

Zarubezhneft recently became one of the world's leading international companies approved by NIOC to participate in the development of Iran's oil and gas fields. In July 2016, Zarubezhneft signed an agreement with NIOC to survey West Paydar and Aban oil fields in western Iran for possible increase of recovery.

The company is a state-owned enterprise active in the field of exploration, development and drilling of oil and gas fields both inside and outside Russia. It has been involved with major companies such as ExxonMobil USA, Total France and Statoil Norway in oil and gas projects in recent years.

Unit International Turkey is a private company operating in the fields of energy and electricity generation in Turkey, Iran and European countries.