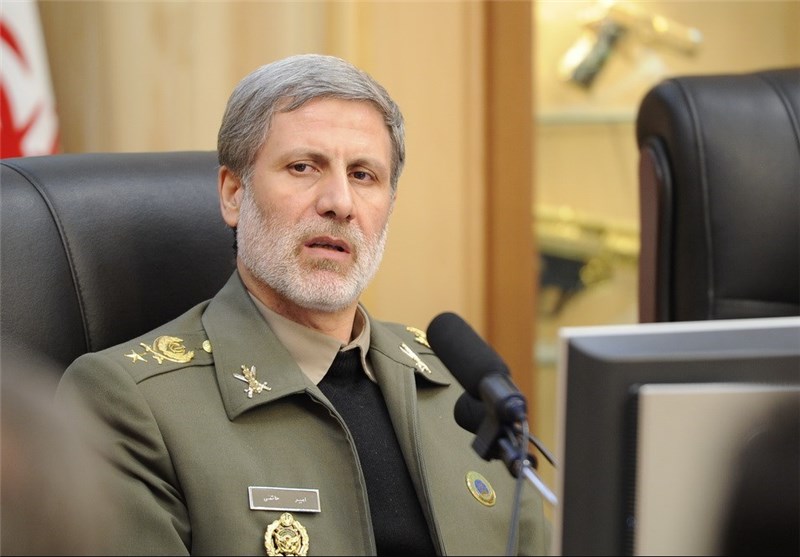 TEHRAN, Young Journalists Club (YJC) - In a meeting attended by the parliament members on Wednesday, Brigadier General Hatami discussed his past activities and responsibilities, saying he has entered the arena of defense from a young age.

The commander further pointed to the US invasions of Afghanistan and Iraq, saying that at the time, he was the lieutenant commander of the Army for intelligence affairs, and after the attacks, he had managed to hold a number of war games to prepare the country’s forces for a possible military threat.

Brigadier General Hatami, who has served as deputy defense minister in the first term of President Hassan Rouhani, also said focusing on areas of missile production as well as air, maritime, and ground defense is among the priorities of the Ministry of Defense.

He also pointed to the production process of the homegrown long-range air defense missile system dubbed “Bavar-373” and said the system’s capabilities have been enhanced.

President Rouhani on Tuesday submitted the list of his proposed ministerial picks, including Brigadier General Hatami, to the Parliament for a vote of confidence.

President Rouhani took the oath of office on Saturday. He had two weeks to submit his new cabinet to the parliament but drew up the shortlist in only four days.

The lawmakers are now going to assess the programs of the proposed ministerial picks for a week, before an open session for the vote of confidence.