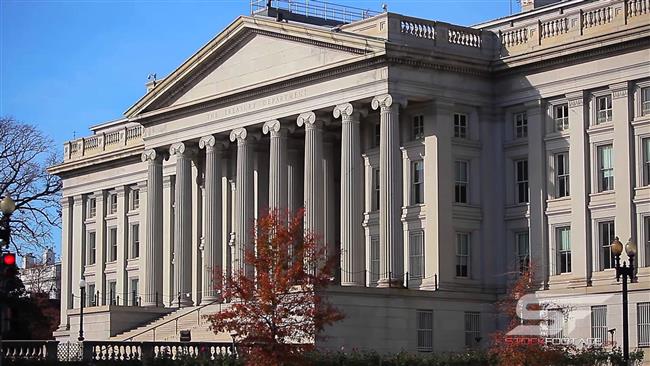 TEHRAN, Young Journalists Club (YJC) - The Department of the Treasury said on Wednesday the sanctions targeted several members of the Constituent Assembly who are linked to Venezuelan President Nicolas Maduro.

Among those who are sanctioned is the brother of late Venezuelan President Hugo Chavez and a military officer in charge of security for the powerful assembly, as well as a board member of the national electoral authority.

The Treasury Department has already slapped sanctions on the Venezuelan leader by freezing his assets in the United States, banning traveling to the country, and prohibiting Americans from doing business with him. The Treasury also sanctioned 13 former and current Venezuelan government officials just before the assembly was elected on July 30.

On Wednesday, the Treasury slapped additional sanctions on Maduro himself.

"President Maduro swore in this illegitimate Constituent Assembly to further entrench his dictatorship, and continues to tighten his grip on the country," US Treasury Secretary Steven Mnuchin said in a statement.

"This regime's disregard for the will of the Venezuelan people is unacceptable, and the United States will stand with them in opposition to tyranny until Venezuela is restored to a peaceful and prosperous democracy."

Maduro insists that a new constitution is needed “to restore peace,” stop the opposition from carrying out a “coup d’etat,” and address social and economic problems of the country.

He has repeatedly condemned what he calls "imperialist meddling" by the United States.

In reaction to the latest sanctions, Venezuelan Foreign Minister Jorge Arreaza said the US was "making a fool of itself in front of the world."

It "doesn't respect any criterion, any basic principle of international law," Arreaza told state television. "Venezuela can't be sanctioned for anything, nor by anybody."

The United States is also reportedly considering financial sanctions against Venezuela to restrict the OPEC nation's oil exports but those penalties are not expected soon.

"We want to leave room to do more if Maduro's actions continue, not do everything and everyone who remains all with one stroke," said one of the officials involved in the White House deliberations, Presstv reported.

The powerful 545-seat Constituent Assembly, with the principal task of rewriting the 1999 constitution, started its work on Friday, following an election which was held amid a wave of deadly clashes and violence, with protesters attacking polling stations and barricading streets.

At least 125 people have died over the past four months in Venezuela during riots and violent demonstrations against the government.