TEHRAN, August 21 - China has called on the United States and Japan to play a “constructive role” in promoting peace and stability in the Asia-Pacific region, stressing that military cooperation between Tokyo and Washington must not harm any third party's interests. 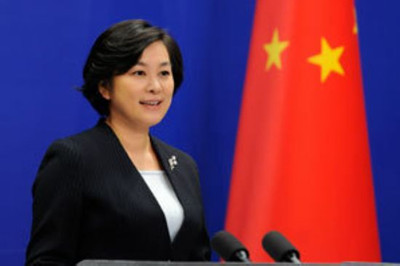 TEHRAN, Young Journalists Club (YJC) - Chinese Foreign Ministry spokeswoman Hua Chunying made the remarks during a press conference on Monday, after media reported that Japan was seeking increased cooperation with the US in deploying a land-based missile defense system designed to counter the alleged threat of North Korea’s ballistic missiles.

Chairman of the US Joint Chiefs of Staff Joseph Dunford, in response, expressed US’s readiness to help Japan in this regard, noting that it was important to integrate their ballistic missile defense capabilities.

"China always holds that the anti-missile issue concerns global strategic stability and mutual trust among big powers. So it should be handled prudently. All the nations should consider their own safety interests and at the same time respect the reasonable security concerns of other countries,” Hua said.

The Chinese official, however, said that all should “follow the principle of maintaining global strategic stability and doing no harm to the security of other nations.”

“The military cooperation between the US and Japan should ensure that it will not harm the interests of the third party and regional peace and stability. We hope that Japan and the US practice prudence and play a constructive role in boosting peace and stability in the region, rather than the other way round," the Chinese official noted.

Last week, Beijing expressed concern about the “negative” impacts of the presence of US military aircraft in the South China Sea and its reconnaissance activities there, Presstv reported.

Chinese claims of sovereignty in territories in the South and East China Seas, the US military ties with Taiwan, and the deployment of the American THAAD missile system in South Korea are some of the issues on which Beijing and Washington spar from time to time.