North Korea warns Australia that backing the US is committing suicide

TEHRAN, August 22 - North Korea has warned Australia against committing a “suicidal act” by supporting the US and South Korea should those countries attack Pyongyang. 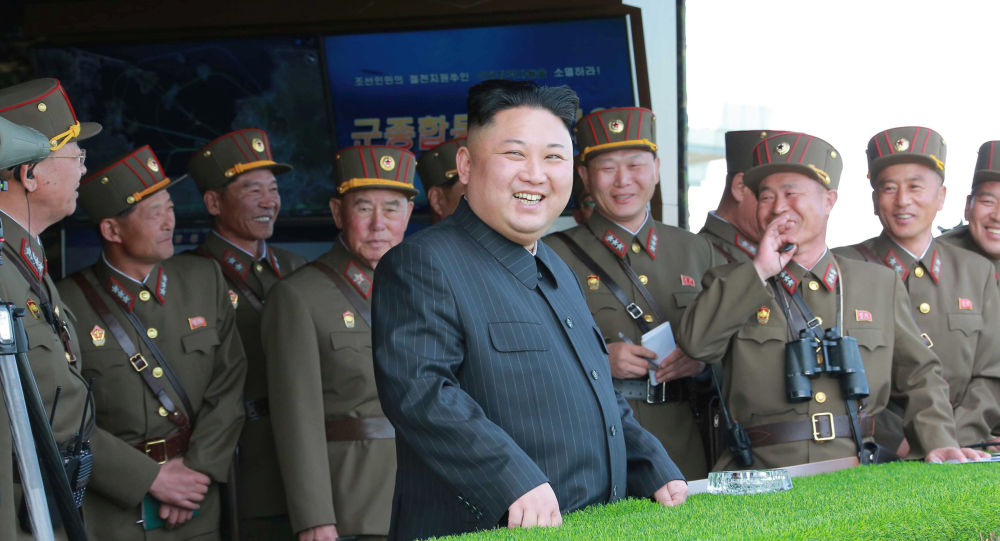 Kim Jong Un among  a group of his country's military leaders, photo by KCNA

TEHRAN, Young Journalists Club (YJC) - This threat follows comments made by Australian Prime Minister Malcolm Turnbull condemning the North’s weapons development, in a statement to ABC, "North Korea has shown it has no regard for the welfare of its own population, no regard for the security and good relations with its neighbours and no regard for international law."

He added, "We call on all countries to redouble their efforts, including through implementation of agreed UN Security Council resolutions, to bring North Korea to its senses and end its reckless and dangerous threats to the peace of our region and the world."

Last week Turnbull told a Melbourne radio station that "if there is an attack" on the US, Canberra would send troops by invoking the Australia, New Zealand, United States Security (ANZUS) Treaty.

The Prime Minister said, "In terms of defence, we are joined at the hip," according to News AU.

A small number of Australian and British troops have been deployed to take part in the Ulchi-Freedom Guardian exercise, the annual 10-day joint computer-simulated drills between the US and South Korea.

North Korea sees such maneuvers as dress rehearsals for invasion.

Before the exercises began Monday, a spokesman from North Korea’s Ministry of Foreign Affairs said in a statement, "Not long after the Australian prime minister had stated that they would join in the aggressive moves of the US, even referring to ANZUS which exists in name only, the Australian military announced that they would dispatch their troops to the aggressive nuclear exercises of the US."

They added that "This is a suicidal act of inviting disaster as it is an illustration of political immaturity unaware of the seriousness of the current situation. Australia followed the US to the Korean War, the Vietnamese War and the ‘war on terrorism’, but heavy loss of lives and assets were all that it got in return," according to the state-run Korean Central News Agency (KCNA).

This photo distributed by the North Korean government shows what was said to be the launch of a Hwasong-14 intercontinental ballistic missile at an undisclosed location in North Korea. Picture: Korean Central News Agency/Korea News Service

But Australia has been playing a minor role in the drills since 2010, according to Marise Payne, Australian Defense Minister, who said the maneuvers, "should not be seen in any way as a provocative exercise."

The North’s Rodong Sinmun Newspaper said Sunday that the annual war games “will be like pouring gasoline on fire and worsen the state of the peninsula.”

On Monday South Korean President Moon Jae-in warned Pyongyang not to use the exercise as pretext to attack Seoul and Washington, remarking that "The Ulchi exercise is a defensive drill conducted annually. We have no intention at all to raise tensions on the Korean Peninsula…The Ulchi exercise is aimed at checking on defense readiness aimed at protecting the lives and property of our people," Yonhap News Agency reports.

Moon added, "North Korea must understand that it is because of its repeated provocations that South Korea and the US have to conduct defensive exercises, which in turn keeps the vicious cycle going."