TEHRAN, August 28 - Activists supporting the Muslim minority in Myanmar are worry about the situation of Rakhine province in northern Myanmar. 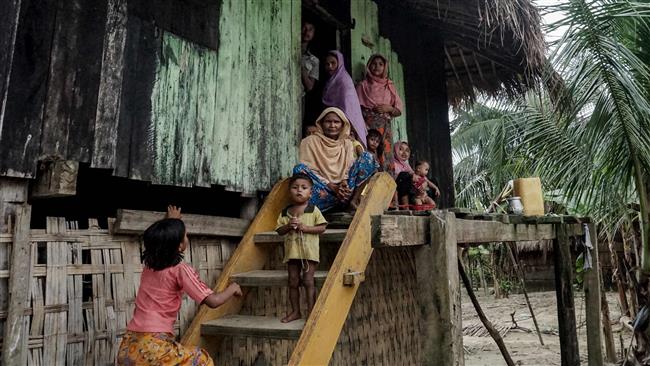 TEHRAN, Young Journalists Club (YJC) - While tensions and suppression of Ruhingya Muslims in Rakhine province has been escalated in the wake of a recent attack to police stations and an army base in the city, the Ruhingya Council of Europe has expressed its concern about the recent attacks in the area and the reaction of military forces.

The Ruhingya Council of Europe consists a group of activists supporting the interests of the Ruhingya Muslims in the Rakhine province of Myanmar. Also issuing a statement, they showed their deep concerns about the subsequent changes of the tensions in Rakhine.

The council has called for the international community to support the Ruhingya non-militant Muslims, stating that Myanmar’s Army is using inappropriate force against the Ruhingya Muslims.

The Rohingya have no militant faction to fight for them but police in Myanmar and Bangladesh keep blaming a number of attacks on the Muslims.

Rakhine has been the scene of communal violence since 2012. Many of the Muslims have been killed while tens of thousands have been forced to flee as a result of attacks by Buddhists. The refugees largely live in camps in dire conditions.

According to estimates by Rohingya refugees living in squalid camps in Bangladesh, some 2,000 Muslims have already crossed the border into Bangladesh during the past two days. However, reports say Bangladeshi border guards forcibly returned some 90 Rohingya Muslims to Myanmar just hours after soldiers opened fire on people fleeing the country.