TEHRAN, September 28 -Oil prices fell on Thursday, with U.S. crude giving up some of the previous session’s gains that were driven by a surprise fall in inventories. 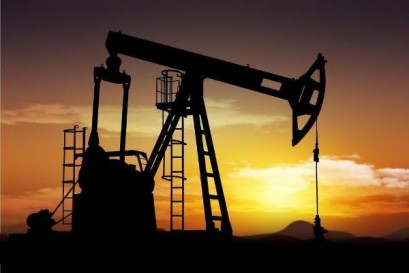 TEHRAN, Young Journalists Club (YJC) - Oil prices fell on Thursday, with U.S. crude giving up some of the previous session’s gains that were driven by a surprise fall in inventories, while Brent moved further away from recent 26-month highs.

Brent LCOc1 was down 11 cents, or 0.2 percent, at $57.79 a barrel, slipping further away from Tuesday’s more than two-year high of $59.49 following a near 1 percent fall in the previous session.

The crude draw provided some support to oil prices as refiners came back online following Hurricane Harvey last month, but gasoline stocks surprisingly rose and stocks of distillates were down by less than anticipated.

While the data gave a mixed picture, the outlook for demand has strengthened, said Ben le Brun, market analyst at OptionXpress in Sydney.

“Things are looking a little more optimistic, the most optimistic I have seen in the last couple of years,” le Brun said. “Certainly a WTI price above $60 a barrel by the end of the year is not a crazy belief.”

That complicates efforts by the Organization of the Petroleum Exporting Countries and other major producers to push oil higher through output curbs, as every hike in price encourages more U.S. production.