Tehran, YJC. Younosi has said that in the 8 years of its incumbency, the Ahmadinejad administration has done the most severe security damages to the country. 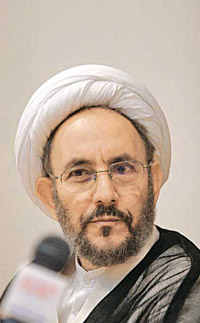 Speaking in an electoral meeting in Kermanshah, the former Minister of Intelligence and current consultant to the Reform candidate Hassan Rohani severely criticized the 9th and 10th administrations and said "Instead of maintaining security, this administration acted against security. The administration which created all the catastrophe and misery in these years now shies away from the responsibility. They damaged our relations with the whole world,” Mehr News Agency reports.

Ali Younosi added "They said sanctions were not important. But the issue is why does the nation have to pay for Ahmadinejad’s claim about the Holocaust?”

The former Minister of Intelligence stated "Today there are two groups that oppose people’s presence in the elections, one is the hypocrite subversive and the other is the outwardly pious and Hizbollahi.”

He asserted that the only way to change the situations is to vote.

Share to
Related News
Activist: In Iran you can be critical only at election times
Tags
younosi ، holocaust ، ahmadinejad
Your Comment