TEHRAN, October 5 - Iranian expatriates and wrestling enthusiasts have unveiled a bust in honor of late legendary Iranian freestyle wrestler Gholam Reza Takhti, who passed away nearly half a century ago. 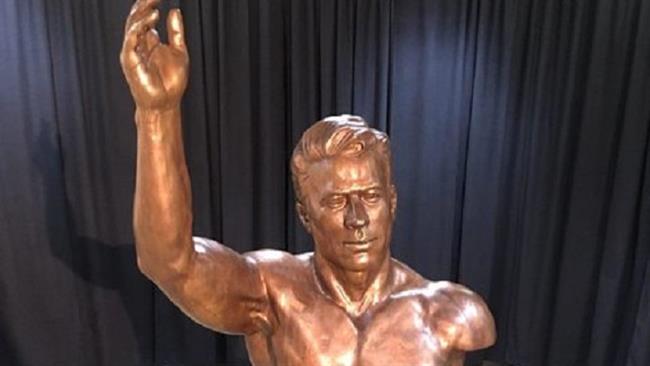 TEHRAN, Young Journalists Club (YJC) - During a ceremony held in New York in remembrance of the iconic figure, the 50-kilogram and one-meter-high artwork was put on display.

The bust has reportedly been created by Iranian artist Dr. Alireza Khaghani, and dedicated by the Iran-North America Friendship Association to the American Sport Art Museum and Archives (ASAMA).

Takhti, the most famous wrestler in the Iranian history, died on January 7, 1968. The Iranian nation was stricken with deep grief, when the news of Takhti's death broke. Seven people reportedly even committed suicide because of unutterable sadness.

The legend was known for his chivalry and sportsmanship and continues to symbolize the essence of sports to the Iranian people.

Takhti claimed the gold medal in Melbourne 1956 Olympic Games, overcoming Boris Kulayev from the Soviet Union in the final contest of the 87-kilogram weight section.

The Islamic Republic of Iran Wrestling Federation hosts an international wrestling tournament in memory of the legendary wrestler every year.

The 37th edition of Takhti Cup was held in Iran’s northeastern shrine city of Mashhad between January 19 and 20, 2017.