Trump is 'keeping the world from chaos': White House

TEHRAN, October 6 -US President Donald Trump has “tremendous accomplishments on the international stage” and he is “keeping the world from chaos,” the White House has claimed. 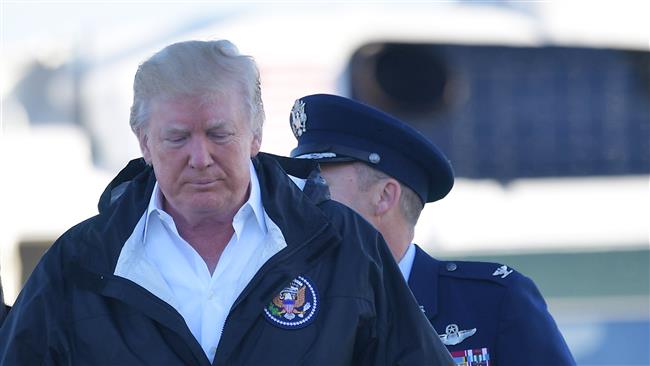 TEHRAN, Young Journalists Club (YJC) - White House spokesperson Sarah Huckabee Sanders made the remarks on Friday in a response to Republican Senator Bob Corker's who suggested that a select group of Trump administration officials "help separate our country from chaos.”

"I think the president is the one that's keeping the world from chaos," Sanders said. "He has an incredible team around him that's helping him lead that effort, and he's had tremendous accomplishments on the international stage by working with allies and confronting enemies."

"I think Secretary Tillerson, Secretary Mattis and chief of staff Kelly are those people that help separate our country from chaos, and I support them very much," he said.
The senator also expressed his hopes that Tillerson, Mattis and Kelly would keep their positions, as reports have suggested that Trump’s advisers and allies have called on him to replace Tillerson with CIA Director Mike Pompeo.

Trump is said to have a good rapport with Pompeo, and is considered a member of the president’s inner circle, Axios reported on Friday.

However, Kelly has reportedly advised the president against high-level shake-ups before next year, fearing that it would create more chaos in the administration.

Tensions between Tillerson and Trump have been simmering for months, sometimes visibly as the two have publicly diverged on some of the administration's most crucial foreign policy challenges, including Iran and North Korea.