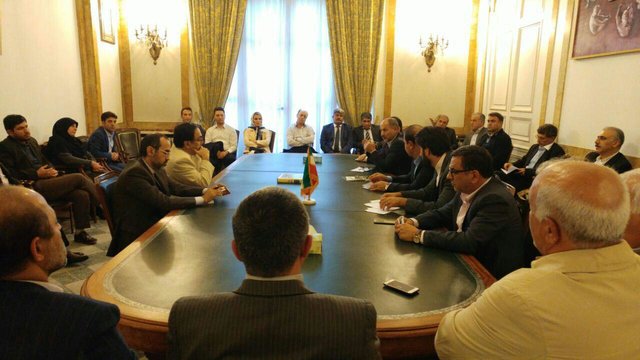 TEHRAN, Young Journalists Club (YJC) - In a meeting attended by 32 representatives of Iranian companies, economic activists, lawmakers and the Iranian Ambassador in Paris, Delfi said, “Given appropriate condition in bilateral ties between the two countries and given the provided grounds, economic ties between Iran and France are expected to be developed further.”

He also said using economic, industrial and agricultural potential of the two countries would play a leading role in developing trade and economic relations between Iran and France.

The Iranian envoy then said grounds have been provided for agricultural cooperation between Iran and France and this issue has been reinforced during recent visit of Iranian minister of agriculture to Paris during which the two sides inked 4 MoU.

During the meeting, an Iranian lawmaker Asadollah Gharehkhani, said Iranian parliament is resolute to expand economic ties with France and it supports efforts of Foreign Ministry and embassies.