Tehran, YJC. Lawmaker says that in the past days Ahmadinejad has made a spree of awards and decorations given to diverse figures with no justification. 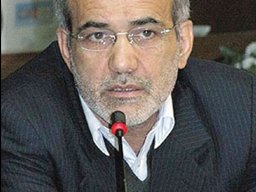 On June 12 Mahmoud Ahmadinejad decorated 11 of his colleagues with governmental medals and recognitions, each including monetary awards of 30 to 100 gold coins, Mehr News Agency reports.

The Lawmaker Masoud Pezeshkian said in an interview "Ahmadinejad does not make sense.”

He added "Giving medals gratuitously to people who have only increased expenditures is wrong. It must be seen how these people were evaluated.”

Pezeshkian asserted "Logically, medals are given to someone who has done a great job or has done better than others.”

The Tabriz representative in the Majlis said "Everyone is stuck with what the President does. We have to wait for this term to end. He used to spend like that during his administration, and now this is again the same as before, another governmental expenditure. I have no idea how Ahmadinejad’s actions could be justified.”