TEHRAN, October 28 - An analyst believes Saudi Arabia’s military campaign in Yemen constitutes one of the worst cases of crime against humanity, adding that Riyadh's actions in the impoverished Arab country are reflective of its “demonic” ideology and system. 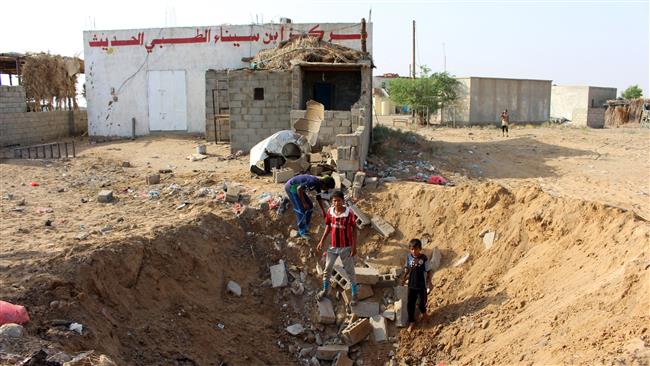 TEHRAN, Young Journalists Club (YJC) - “We have seen so much footage of civilians murdered by the Saudi Arabian air force, we have seen children lying dead in the streets, in the roads in different parts of Yemen because of Saudi Arabia and why I would like to see Saudi Arabia’s actions in Yemen referred to United Nations Security Council so that sanctions can be passed and placed on Saudi Arabia,” Marcus Papadopoulos, publisher and editor of Politics First told PressTV in an interview on Saturday.

“Sadly, this won’t happen because America and Britain are Saudi Arabia’s guardians in the world They are the two countries who are enabling the Saudi war machine, this brutal machine to keep on killing civilians including children and babies in Yemen because the Americans and the British are constantly supplying Saudi Arabia with billion pounds and billions of dollars’ worth of contracts regarding defense each year,” he added.