TEHRAN, November 9 - Egypt's President Abdel Fattah el-Sisi said the defeat of the Daesh Takfiri terrorist group in Iraq and Syria is likely to have forced militants to seek a safe haven in neighboring Libya. 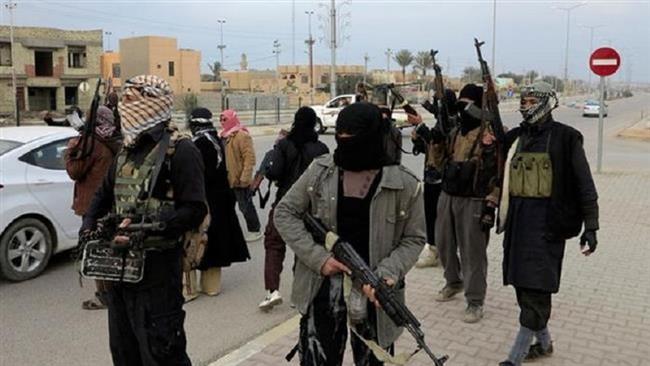 TEHRAN, Young Journalists Club (YJC) - Sisi told a wide-ranging, two-hour news conference in the Red Sea resort of Sharm el-Sheikh in southern Sinai late Wednesday that it was only "natural" for militants to move to Libya, where mostly militias wield influence over large swathes of territory, and eventually to Egypt.

Sisi said Egypt's ongoing arms buildup was designed in part to equip the country to deal with terrorism and redress the “imbalance" in the region created by turmoil engulfing several regional countries.

"We must have the military capabilities that compensate for that imbalance in the region and to counter terrorism," said the general-turned-president, adding, "This is a threat not just faced by us, but also by Europe."

In recent months, there has been an uptick in attacks in Egypt's western desert close to the Libyan border, raising questions as to whether the area has become a second theater of operations for the militants beside the volatile Sinai Peninsula.

The latest such attack was last month, when dozens of police officers were killed in an elaborate ambush. Sisi said that subsequent operations by his security forces had killed 14 militants. A "foreign" militant who also took part was captured alive, he added.

Elsewhere in his remarks, Sisi stressed that joint army and police forces were actively combing the entire length of the country's porous borders with Libya to the west and Sudan to the south.

He also said that up to 20 vehicles loaded with weapons, ammunitions and militants had been destroyed in the past week, all in the vast western desert.

Libya has been rife with chaos since a 2011 uprising that toppled and later killed longtime dictator Muammar Gaddafi. Rival militias, many led by extremists, hold sway over large swathes of territory, while three rival administrations struggle to exercise authority.