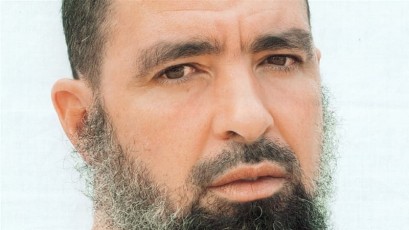 That's why the 50-year-old former prisoner says he filed a multi-million-dollar lawsuit against the Canadian government, alleging it was complicit in his detention and torture at the US-run military prison in Guantanamo Bay, Cuba.

Ameziane was detained without charge or trial at Guantanamo from early 2002 until December 2013, when he was forcibly returned to his native Algeria, despite fears for his own safety.

"I want people to know what happened to me, and I want them to know that Canada was partly to blame," Ameziane told Al Jazeera in an email interview.

"I don’t think Canada should be involved in torture of anyone else."

In a statement of claim filed in Ontario Superior Court on November 6 and seen by Al Jazeera, Ameziane is seeking damages totalling almost $40m.

Between 1995 and 2000, Ameziane lived in Canada, where he was seeking political asylum after fleeing Algeria during a bloody civil war in the early 1990s.

He alleges that Canadian officials exchanged information with their US counterparts that contributed to his mistreatment at the prison camp.

Ameziane's Canadian lawyer, Nathan Whitling, told Al Jazeera that Ameziane is seeking a public inquiry or a trial to look into Canada's role in what happened.

"We want Canada to be held to account," Whitling said.

"We want their role in this whole process to be brought to light."

A spokesperson for Canada's Ministry of Public Safety said the government could not comment on Ameziane's case since it is now before the courts.

However, Ottawa issued new directives in September that aim "to avoid complicity in mistreatment or torture by foreign entities" going forward, Scott Bardsley told Al Jazeera in an email.

The road to Guantanamo

Canadian officials began collecting information about Ameziane and other members of the Muslim community in Montreal in late 1999, the lawsuit alleges, and they shared that information with US intelligence officials.

The information-sharing process began after Ahmed Ressam, another Algerian man living in Montreal at the time, was caught with a stash of explosives in the trunk of his car as he crossed the Canada-US border.

In what became known as the "Millenium Plot", Ressam had planned to carry out an attack at Los Angeles airport and was later sentenced to 37 years in prison.

After his asylum request in Canada was rejected in 2000, Ameziane said he went to Afghanistan because he feared what would happen if he returned to Algeria.

However, when fighting began there in 2001 after the US invasion, he fled to Pakistan.

That is where he was captured by local police and handed over to US forces "in exchange for a bounty," the lawsuit states.

Ameziane says he was then shipped to and beaten in custody at a US military base in Kandahar.

Finally, in February 2002, he was flown - "hooded, shackled and chained to the floor" of a plane "for the duration of his 15-hour journey" - to Guantanamo.

According to Whitling, Canada's cooperation with US intelligence officials was heightened in the aftermath of the 9/11 attacks.

"Canada was just all too willing to participate in this torture and interrogation system that the US had created in Guantanamo," he said.

"And in the years since then, it's been gradually made clearer and clearer that these constituted very serious human rights violations and that Canada was complicit with the US in everything that happened down there."

Canada reached a $24m settlement last March for the role it played in the detention and torture of three men in Syria and Egypt in the early 2000s and publicly apologised to Abdullah Almalki, Ahmad Abou-Elmaati and Muayyed Nureddin.

In Ameziane's case, Canadian officials travelled to Guantanamo to interrogate him in February and May 2003, according to his claim.

Canadian officials received and used information that their US counterparts obtained from Ameziane through the use of torture, the lawsuit alleges.

Information obtained by Canadian officials during their own interrogations of Ameziane was also handed back to the US and used during subsequent "abusive interrogation sessions" at the prison, it states.

The Canadian-born Khadr, who was detained at age 15 in Afghanistan and spent a decade at Guantanamo, was awarded $8m in a settlement with the Canadian government in July.

Ameziane says he was interrogated hundreds of times by US officials.

According to his claim, he was beaten, exposed to severe cold, deprived of sunlight and fresh air, deprived of sleep, and prevented from exercising his religion while in detention.

On one occasion, his jaw was dislocated after guards slammed his head onto the floor of his cell. He was then pepper-sprayed and waterboarded several times, before having his feet chained to the floor in an interrogation room.

"He was left writhing in pain and shivering under the cold air of the air conditioner, his clothes soaked and his body burning from the effect of the pepper spray," the lawsuit states.

Demanding a US apology, compensation

Ameziane is also waiting for a decision in a claim he first filed in 2008 with the Inter-American Commission on Human Rights, a human rights body that is part of the Organization of American States.

There, Ameziane has asked for a ruling that would call on the US government to provide him with financial compensation, access to medical care and a public apology, among other measures.

His New York-based lawyer, Wells Dixon, told Al Jazeera the commission issued a precautionary judgment in 2008 ordering the US not to return Ameziane to Algeria. The US did so anyway, in violation of the order.

Dixon said the case also asks the commission to push OAS member states to resettle the more than three dozen men who remain at Guantanamo but, like Ameziane, do not want to be repatriated to their home countries for fear of persecution.

As of September, 41 men remained in detention at Guantanamo.

"It's critically important that OAS member states remain involved and resettle men like this. It's too late for Ameziane, but it's not too late for some of the men [in Guantanamo]," Dixon said.

Last month, Trump said he would consider sending the suspect in a deadly vehicular attack in Manhattan, Uzbek national Sayfullo Saipov, to Guantanamo.

During his campaign for president, Trump also promised to "load [Guantanamo] up with some bad dudes".

Dixon said Trump has a "total disregard for human rights [and] a viscerable hatred for people who are Muslim".

"What will his administration do vis-a-vis these detainees?" he asked.

Getting his 'dignity back'

For his part, Ameziane told Al Jazeera he's been "literally struggling to survive" since he returned to Algeria four years ago.

He currently lives in near-homelessness and "can't find a job because of the Guantanamo stigma", he said.

He also still suffers from depression, nightmares and chronic migraine headaches "as a result of [his] torture in Guantanamo," he said.

He said he hopes his lawsuit in Canada will help him pay for medical care and ultimately, "get [his] dignity back".