TEHRAN, November 11 -A 12-year-old girl suffering from epilepsy is suing Attorney General Jeff Sessions in order to legalize marijuana for medicinal purposes on a federal level. A motion by the US government to dismiss her case has been denied. 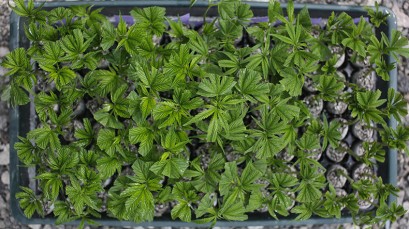 TEHRAN, Young Journalists Club (YJC) -Alexis Bortell, 12, was joined by four other plaintiffs in her lawsuit, filed in US District Court in the Southern District of New York on July 24, according to court documents. Other defendants named in the case are the Drug Enforcement Administration (DEA), the Acting Director of the DEA Chuck Rosenberg and the US government.

Bortell has suffered from epilepsy since she was a little girl, and treatments in her home state of Texas failed to relieve her suffering. But then, a pediatrician advised her family that they could take advantage of an out-of-state option to treat the epilepsy with medical marijuana, according to KDVR.

The family decided to use the treatment, but had to move from Texas to Colorado, where the practice is legal. They began administering the child a strain of cannabis oil called Haleigh's Hope soon after moving. A drop of liquid THC – the chemical compound found in cannabis that produces a high – was given to Bortell once in the morning and once at night.

Since beginning her THC treatment, Bortell has been seizure-free for two and a half years. “As the seizures got worse, we had to move to Colorado to get cannabis because it's illegal in Texas,” Bortell said, KDVR reported.

While describing the difference between past treatment proposals and her current use of a THC liquid, Bortell said: “I'd say it’s a lot better than brain surgery.”

At issue in the case, is a federal prohibition on marijuana that prevents Bortell from returning home to Texas to continue with her treatment.

“I would like to be able to visit my grandparents without risking being taken to a foster home,” Bortell said about her joint lawsuit against Sessions, KDVR reported.

Despite the fact that 29 states have legalized the practice of administering medical marijuana to patients, cannabis remains a Schedule I narcotic under federal US law.

A Schedule I determination means that a drug has “no currently accepted medical use and a high potential for abuse.” Other schedule one drugs include heroin, LSD, ecstasy (MDMA), methaqualone and peyote.

The other plaintiffs joining Bortell in the lawsuit are: another child, a military veteran, a marijuana advocacy group and former NFL player Marvin Washington.

During his confirmation hearings, Sessions indicated he would “review and evaluate” the Cole Memorandum, which states that the federal government will not interfere in states’ decisions to legalize and regulate the sale of marijuana to adults, Business Insider reported.

Sessions also stated at the time that he would commit to enforcing federal laws regarding marijuana which declare the plant illegal.

In September, the attorney general dismissed ideas to legalize use of the plant in the US.

“I've never felt that we should legalize marijuana,” Sessions said, Forbes reported. “It doesn't strike me that the country would be better if it's being sold on every street corner. We do know that legalization results in greater use.”

However, his boss, President Donald Trump, took a much different stance on prosecuting businesses and individuals in the area of medical marijuana when he was campaigning.

Trump promised to “make medical marijuana widely available to patients, and allow states to decide if they want to fully legalize pot or not,” the Washington Times reported.

Aside from the presidential election, marijuana was among the biggest issues voters in several states decided on in 2016. Marijuana policy continues to be hotly debated, as poll numbers show growing support for legalization.

According to a recent Gallup poll, 51 percent of Republicans favor marijuana decriminalization, and 64 percent of all Americans are in favor of legalization.

It remains to be seen what impact this development will have in 2018 or 2020, when Trump plans to run for re-election. Trump supporter, and former adviser Roger Stone, has said Sessions’ agenda on marijuana threatens to disrupt Trump’s grassroots coalition. However, Sessions has been a staunch supporter of Trump’s anti-immigration agenda, one of the issues that propelled Trump to the presidency in 2016.

In September, the House Rules Committee blocked a pro-medical marijuana amendment that had been included, since 2014, in the government's annual spending bill by Representative Dana Rohrabacher (D-California), according to Marijuana Business Daily.