TEHRAN, November 24 -The euro hit a six-week high against the dollar on Friday, with investors optimistic about the strength of the euro zone’s recovery after strong economic data this week. 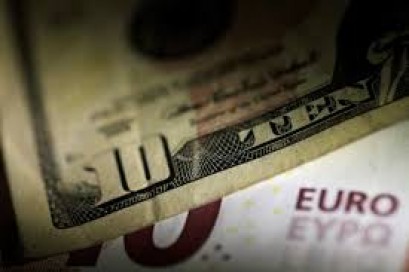 TEHRAN, Young Journalists Club (YJC) - The euro hit a six-week high against the dollar on Friday, with investors optimistic about the strength of the euro zone’s recovery after strong economic data this week.

The single currency is up around 0.7 percent since Monday EUR=, putting it on course for a third straight week of gains against the dollar - its best run since July.

The euro had started the week on the back foot, knocked by political uncertainty in Germany after coalition talks failed, but it recovered quickly as investors focused on a robust growth outlook for Europe, and as the dollar weakened broadly.

Minutes from the European Central Bank’s latest policy meeting, released on Thursday, showed policymakers had broadly agreed on extending their quantitative easing (QE) scheme, albeit at a lower level, though a decision to keep the asset purchases open-ended appeared to generate fiercer debate.

“Without the ECB’s recent commitment to maintain QE purchases until the end of September of next year, the euro would likely be trading at even stronger levels at the current juncture,” said MUFG currency analyst Lee Hardman, in London.

“While there is still a risk that ongoing political developments could potentially trigger another knee jerk euro sell off in the coming weeks or months, any bouts of euro weakness should remain both temporary and limited,” he added.

The euro traded at $1.1865 in London trade, its strongest since Oct. 13, having been given a boost by better-than-expected services and manufacturing industry surveys on Thursday that pointed to a strengthening growth outlook in Europe.

The dollar hit a five-week low against a basket of currencies .DXY, with trade thinned this week the North American Thanksgiving holiday on Thursday, which was also a national holiday in Japan.

The dollar skidded on Wednesday after minutes from the U.S. Federal Reserve’s latest policy meeting showed some policymakers fretting over stubbornly weak inflation. That led some to question expectations of hikes in 2018.

The core personal consumption expenditures price index has consistently fallen short of the central bank’s 2 percent target for over five years, even as the Fed has moved toward normalizing policy.

“Hedge funds that close their books this month have been taking profits on their dollar-long positions,” said Mitsuo Imaizumi, Tokyo-based chief foreign-exchange strategist for Daiwa Securities.

“This has kept the dollar under pressure, and combined with thin liquidity from the holiday, it would be hard for it to climb this session,” he said.