235 killed in attack on mosque in Egypt's Sinai

TEHRAN, November 24 - At least 235 people have been killed and dozens injured in a shooting attack and bombing at a mosque in the restive Sinai Peninsula, state TV says. 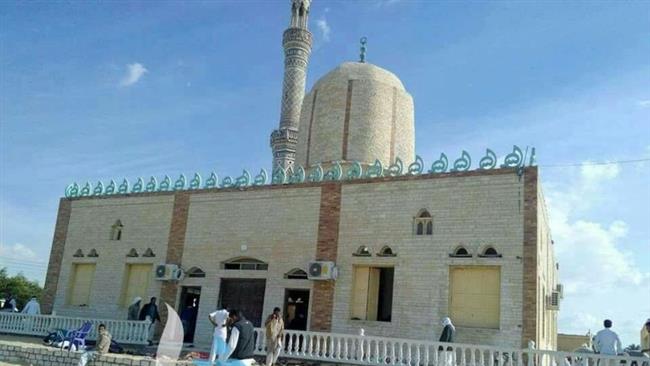 A security source was quoted by Sky News as saying that Egyptian military drones killed 15 perpetrators of the Friday attack. The source, however, did not provide further details on the attackers' affiliation or where the airstrikes were carried out.

The Sinai Peninsula has been under a state of emergency since October 2014, after a deadly terrorist attack left 33 Egyptian soldiers dead.

Over the past few years, militants have been carrying out anti-government activities and fatal attacks, taking advantage of the turmoil in Egypt that erupted after the country's first democratically-elected president, Mohamed Morsi, was ousted in a military coup in July 2013.

Velayat Sinai has claimed responsibility for most of the assaults. The group later expanded its attacks to target members of Egypt’s Coptic Christian community as well as foreigners visiting the country. That has prompted the government to impose the state of emergency and widen a controversial crackdown, which critics say has mostly targeted dissidents.