TEHRAN, November 28 - Former presidential candidate Bernie Sanders is engaged in activities that point to his possible run for the US 2020 election, a report says. 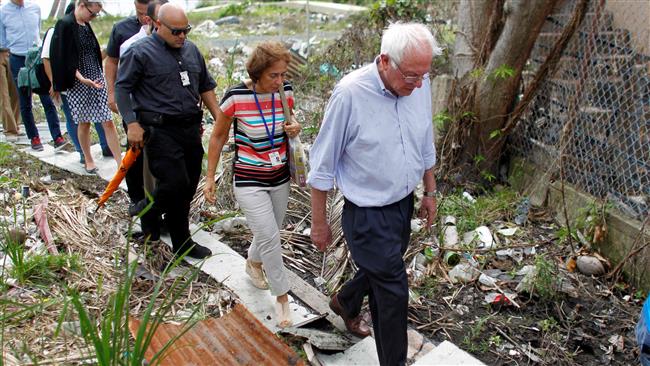 TEHRAN, Young Journalists Club (YJC) -Former presidential candidate Bernie Sanders is engaged in activities that point to his possible run for the US 2020 election, a report says.

The Vermont senator is addressing the issues that ultimately made him step aside in favor of Democratic nominee Hillary Clinton in 2016, Politico reported Monday, citing some of his allies.

One of the Jewish senator’s weaknesses is said to be his lack of a solid foreign policy, an issue he is reportedly working on by meeting with international affairs experts such as Bill Perry, a defense secretary in the administration of former President Bill Clinton.

Although Sanders has not decided whether or not to run for the 2020 presidential election, his moves appear to represent a natural next step for running.

"He is now in a very different position than he’s ever been in before. He’s just stepping into the role,” said senior adviser Ari Rabin-Havt, referring to his position as "outreach chairman" for Senate Democrats, a new role created for him by minority leader Chuck Schumer of New York late last year.

“Let’s be clear: He’s in charge of outreach for the caucus. So when people say he’s doing a better job of reaching out? Well, yeah, he’s doing his job. This is a new phase of his career.”

Sanders has appeared as a staunch critic of US President Donald Trump in the backdrop of the Democratic Party’s 2016 loss.