Iranian students stage rally to condemn US decision on Quds

TEHRAN, December 8 - A number of Iranian students held a spontaneous rally outside the US Interests Section office in Tehran to voice their outrage over Washington’s planned move to relocate its embassy from Tel Aviv to al-Quds (Jerusalem). 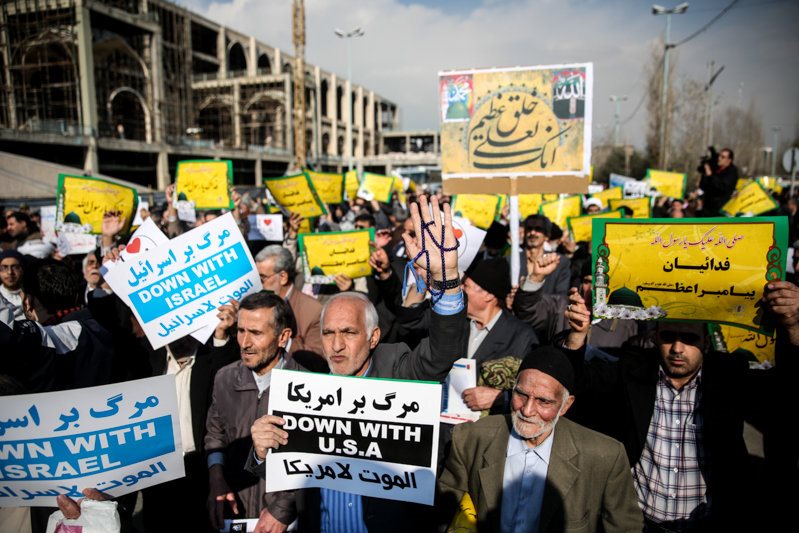 TEHRAN, Young Journalists Club (YJC) - In the rally on Thursday, the Iranian students chanted slogans in condemnation of US President Donald Trump’s decision to recognize al-Quds as the capital of the Israeli regime.

Carrying placards reading “Al-Quds Belongs to Us”, the demonstrators also voiced their support for the Palestinian people and the holy Quds, as Muslims' first Qibla (the direction towards which Muslims pray).

The students also called on the Iranian people from all walks of life to participate in the upcoming demonstrations due be held on Friday to condemn Washington’s decision on Quds.

The rally came after Trump officially declared the disputed city of al-Quds Israel's capital, despite warnings from around the world that the measure risks triggering a fresh wave of violence in the Middle East.

In a speech at the White House on Wednesday, Trump said his administration would also begin a years-long process of moving the American embassy in Tel Aviv to the holy city.