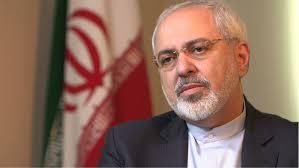 TEHRAN, Young Journalists Club (YJC) - The massive presence of leaders in the urgent meeting of the Organization of Islamic Cooperation (OIC) despite some considerable exceptions was very encouraging, he wrote in his official tweeter account.

The entire Islamic World is steadfast in solidarity with Palestinians, he wrote.

Zarif along with President Rouhani took part in the session held in Istanbul.

The Organization of Islamic Cooperation (OIC) invited all nations to recognize Jerusalem al-Quds as the capital of Palestine, blasting the United States for disregarding Middle East peace by moving its Israeli embassy from Tel Aviv to the occupied city.

The declaration was a direct response to US President Donald Trump days after he referred to the city as the "eternal capital" of Israel, according to Presstv.

The OIC rejected and condemned "in the strongest terms the unilateral decision by the president of the United States of America in recognizing Jerusalem al-Quds as the so-called capital of Israel, the occupying power."