TEHRAN, December 15 -US lawmakers on Thursday approved a bill that will bring the sales of American planes to Iran under the close scrutiny of the Congress. 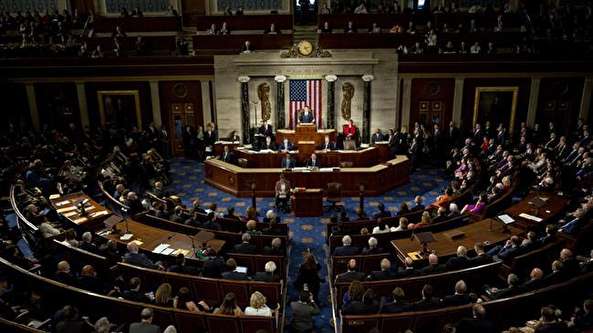 TEHRAN, Young Journalists Club (YJC) -US lawmakers on Thursday approved a bill that will bring the sales of American planes to Iran under the close scrutiny of the Congress.

The bill passed 252-167 — all but four Republicans supported it, and they were joined by 23 Democrats.

It would require the Treasury Department to report to Congress on Iranian purchases of US aircraft and how those sales would be financed.

The key company that would be the primary target of the bill would be US aviation giant Boeing. In December 2016, Boeing sealed deals with Iran’s flag-carrier airliner Iran Air over sales of 80 jets valued at $16.6 billion. They include 50 narrow-body Boeing 737 passenger jets and 30 wide-body 777 aircraft.

US media reported that the new Congress bill had once again brought into the spotlight the question whether undermining plane sales to Iran would break US commitments under the Iran nuclear deal, also known as the Joint Comprehensive Plan of Action (JCPOA).

Republicans argued that the legislation would not bar any aircraft sales to Iran. Instead, it would require the Treasury Department to notify Congress about the activities of the Iranian company that purchases the planes, as well as the financing used for the deal, according to a report by the Washington Examiner.

House Democrats maintained that the bill might provoke Iran to abandon the nuclear agreement, however, by interfering with their ability to work with US corporations as promised under the pact.

"[This bill] would impose a new condition,” Rep. Jim Himes, D-Conn., said on the House floor. “A new condition which would require certification by [the executive branch] and all of the process which would ensue. It is not a stretch, in fact it is fairly clear, that if [this bill] were to pass, the Iranians and others could credibly claim that we have violated our obligations under the JCPOA,” Himes was quoted as saying by the Washington Examiner.

Iran sealed the JCPOA in 2015 with the five permanent members of the UN Security Council – the US, Britain, France, Russia, and China – plus Germany.

Based on it, Iran would restrict certain aspects of its nuclear energy activities. In return, the parties that signed the JCPOA with Iran – the P5+1 – would act to lift the economic sanctions imposed against the country – generally described as the toughest in modern history.

This is while the International Atomic Energy Agency (IAEA) – which reports Iran’s compliance with the JCPOA – has for multiple times emphasized that the country is fully implementing its commitments toward the nuclear deal.