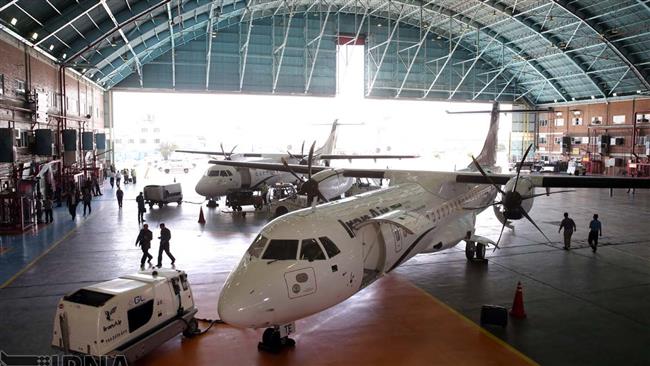 TEHRAN, Young Journalists Club (YJC) - The announcement was made by ATR Chief Executive Officer Christian Scherer who said the deliveries would be made under export licenses issued by the US Treasury Department following the lifting of international nuclear-related sanctions against Iran in 2016.

Scherer further emphasized that the company, which is jointly owned by Airbus and Italian aerospace group Leonardo, had recorded a higher number of international deliveries for 2017 compared to last year, emphasizing that figures showed an increase of 50 percent.

ATR, which competes with Canada’s Bombardier, has seen a marked recovery in orders this year after they dropped by more than half to 36 in 2016, their lowest level in seven years, Reuters reported.

In early 2017, the company signed an agreement with Iran to sell 20 turboprop planes to the country’s national flag-carrier airline Iran Air.

Iran Air took delivery of the first four ATR aircraft in May and two more in late September.

The planes can carry 70 passengers and would be used in flights over a maximum distance of 1,528 kilometers.

They are projected to be used among regional cities as part of a commercial plan, covering a populous crescent straddling Iran’s northwest and northeast.

Iran’s aviation officials had already said the ATR fleet may be based in the Caspian city of Rasht to connect small towns to big cities such as Tabriz and Mashhad in Iran and the Azerbaijani capital of Baku.