TEHRAN, December 15 - Iran has expressed reservations about certain articles of the documents adopted at a recent emergency summit of the Organization of Islamic Cooperation (OIC) on Jerusalem al-Quds, which suggest, somehow, the recognition of the occupying Israeli regime. 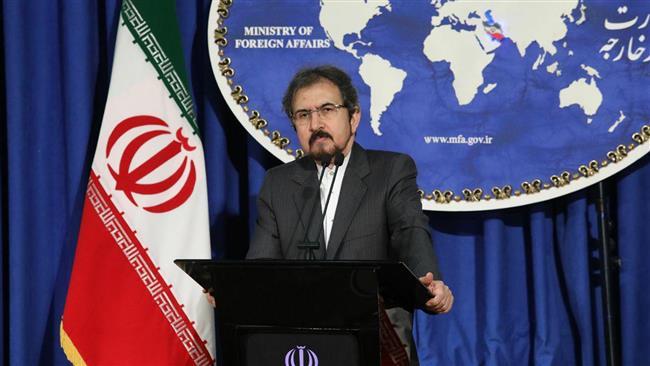 TEHRAN, Young Journalists Club (YJC) - On Wednesday, the 57-member Muslim body held an emergency summit in Istanbul, Turkey, to coordinate a response to a decision by the US on December 6 to recognize Jerusalem al-Quds as the “capital” of Israel.

The main summit was preceded by a meeting of the OIC Foreign Ministers, during which the participants adopted a declaration dubbed “Freedom for al-Quds.”

However, he said, Tehran’s backing for the two documents adopted at the Istanbul summit “does not at all amount to the recognition of the occupying and fake regime of Israel by the Islamic Republic of Iran.”

Qassemi added that Iran’s reservations about its non-recognition of the Israeli entity was announced during the Istanbul forum, and officially submitted to the secretariat of the summit in a written form.

The OIC rejected and condemned “in the strongest terms the unilateral decision by the president of the United States of America in recognizing Jerusalem al-Quds as the so-called capital of Israel, the occupying Power.”

The body reaffirmed its continued commitment to a so-called two-state solution for ending the years-long Israeli-Palestinian conflict. Some speakers, however, said the US was no longer deemed reliable to mediate any peace deal.

OIC members also said they would hold the US responsible for the consequences of the decision. The communiqué also denounced Israel’s actions and policies against the people of Palestine as “colonial” and “racist.”

Trump has tasked the US State Department with making preparations for the relocation of Washington’s embassy from Tel Aviv to the occupied Palestinian city.

The dramatic shift in Washington’s Jerusalem al-Quds policy has drawn fierce criticism from the international community, including Washington’s own allies while triggering demonstrations against the US and Israel worldwide.

The entire city went under Israel’s control after the regime annexed East Jerusalem al-Quds in 1967 during the Arab War.