TEHRAN, December 16 -Saudi Arabia has reportedly arrested Sabih al-Masri, prominent Jordanian investor and chairman of the Arab Bank, as uncertainty grows among foreign businessmen about the future of their investment in the kingdom. 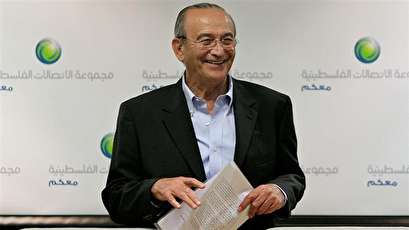 TEHRAN, Young Journalists Club (YJC) -Saudi Arabia has reportedly arrested Sabih al-Masri, prominent Jordanian investor and chairman of the Arab Bank, as uncertainty grows among foreign businessmen about the future of their investment in the kingdom.

Citing some Arabic-language media outlets, the Middle East Eye (MEE) news portal reported that Masri was taken into custody on his way to the airport in the Saudi capital on Wednesday and thus failed to attend the Arab Bank board meeting in Amman the same day.

Sources close to Masri said that he was cautioned against travelling to Saudi Arabia prior to his trip, but the investor said he had nothing to fear there.

Jordanian mediators’ attempts to reach out to Saudi authorities was said to have been failed because Marsi holds a Saudi citizenship.

After his arrest, the Jordanian reportedly made two phone calls with top executives in the Arab Bank and a close associate.

“In Jordan, our economy depends on Sabih; don’t let our economy be destroyed overnight. A message in a Tweet for [Saudi Crown Prince] Mohammed bin Salman, with kind regards,” she tweeted.

Back in October, Ritz-Carlton Hotel in Riyadh hosted the “Future Investment Initiative” conference, where bin Salman unveiled plans to build a new city and business zone, called NEOM, a project that will be backed up by more than $500 billion in investment.

Saudi Crown Prince Mohammad bin Salman (C) attends the so-called Future Investment Initiative conference in Riyadh, Saudi Arabia, October 24, 2017. (Photo by Reuters)
In November, however, the same hotel turned into a prison for hundreds of Saudi royals and businessmen critical of the crown prince’s policies, who were rounded up under the banner of an “anti-corruption campaign.”

Later reports revealed that Saudi authorities were offering deals to the Ritz-Carlton prisoners in which they pay for their freedom.

The detentions raised alarms among foreign investors and bankers who had previously appeared enthusiastic about a raft of radical reforms spearheaded by bin Salman in Saudi Arabia.

“One day we are sleeping at the Ritz-Carlton, excited about a new era,” said a regional investor. “The next day they have turned the hotel into a prison — what sort of message does this send us? We some need stability.”

Investors said they want reassurances that capital deployed in Saudi Arabia will be safe.

“Half my Rolodex is in the Ritz right now. And they want me to invest there now? No way,” said a senior investor. “The wall of money that was going to deploy into the kingdom is falling apart.”