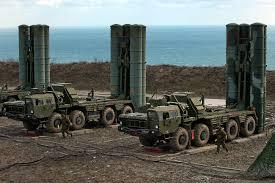 TEHRAN, Young Journalists Club (YJC) -"We hope that the S-400 deal will be signed with India soon," Rogozin said in an interview with Rossiya-24 TV Channel.

The Indian news agency PTI reported in mid-December citing Russia’s Rostec Corporation Director for International Cooperation Viktor Kladov that Russia and India were agreeing the technical details of the contract for the delivery of S-400 long-range surface-to-air missile systems and were "at a very advanced stage" of negotiations.

The sides are also discussing the price, personnel training, technology transfer and the number of air defense missile systems India will purchase.

Russia’s S-400 Triumf is the latest long-range anti-aircraft missile system that went into service in 2007. It is designed to destroy aircraft, cruise and ballistic missiles, including medium-range missiles, and can also be used against ground objectives.