TEHRAN, February 27 - With the so-called “Western military strategy” having been a failure, Iraqi leaders are now looking to Russia in a bid to improve the country’s defenses. 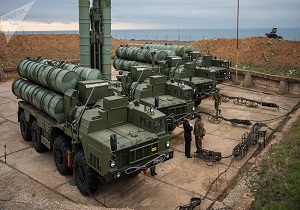 TEHRAN, Young Journalists Club (YJC) - The Iraqi government is interested in buying the S-400 air  defense system from Russia to defend the country’s airspace, the head of the parliament’s defense and security committee, Hakim al-Zamili, has said.

In an interview with Sputnik, the director of the Iraqi Security and Strategy Center, Muataz Mahi Abdel Hamid, said that Iraq needs to diversify its arms imports and buy more Russian-made weapons, which were widely used by the country before 2003.

He mentioned that “a number of regional countries” do not like the notion of Iraq turning into a springboard for a possible attack on Israel or other neighboring states.

“Some countries in the Gulf prefer Iraq to stay under US control. The Americans, for their part, do not want Iraq to buy S-400s and insist that until the US military pullout, the Iraqi military should be armed in keeping with a framework agreement between Baghdad and Washington,” Muataz Mahi Abdel Hamid noted.

He believes that in view of existing hurdles, no deal on the purchase of S-400 missiles from Russia can be signed any time soon.

“It looks like Iraq will remain poorly armed just like it was during the long and exhausting war against terrorists who have occupied a mere third of Iraqi territory,” Muataz Mahi Abdel Hamid concluded.