TEHRAN, February 1 - The Federal Bureau of Investigation (FBI) has warned it has "grave concerns" over the accuracy of a secret memo by Congress alleging bias against US President Donald Trump within the Department of Justice. 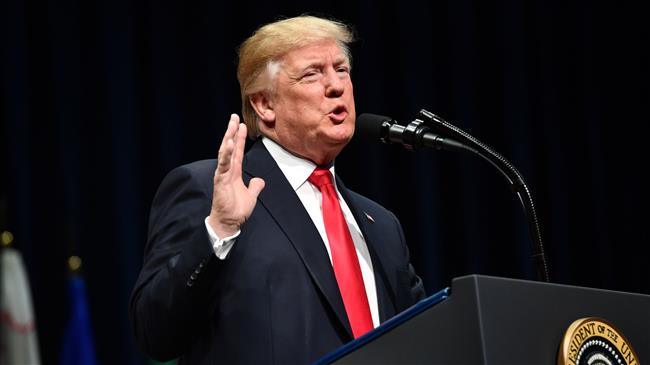 TEHRAN, Young Journalists Club (YJC) - The FBI said Wednesday that the memo, prepared by the US House of Representatives Intelligence Committee, could depict the FBI and Justice Department as deeply politicized, challenging Trump’s pledge to release it.

“The FBI was provided a limited opportunity to review this memo the day before the committee voted to release it,” the agency said in a statement. “As expressed during our initial review, we have grave concerns about material omissions of fact that fundamentally impact the memo’s accuracy.”

The FBI, the domestic intelligence and security service of the United States, and its principal federal law enforcement agency, operates under the jurisdiction of the Justice Department.

Based on highly classified information, the four-page memo, written by Congressman Devin Nunes, a Republican from California and the chairman of the House Intelligence Committee, suggests that the Justice Department and the FBI abused their power in running surveillance on a member of Trump's election campaign in 2016.

The Justice Department and the FBI have actively lobbied against the memo’s release. In a statement on Wednesday, Nunes dismissed objections to its release as “spurious.”

Democratic lawmakers say the memo selectively uses highly classified materials in a misleading effort to discredit Special Counsel Robert Mueller, who is leading the Justice Department’s investigation into alleged collusion between the Trump campaign and Russians.

US intelligence agencies claim Russia-linked hackers provided WikiLeaks with damaging information -- in the form of thousands of hacked emails -- about Clinton to skew the 2016 presidential election in favor of Trump.