TEHRAN, February 5 - Doctors in the UK have been refusing to perform urgent surgeries on patients with potentially fatal diseases due to serious shortage of intensive care beds in British hospitals. 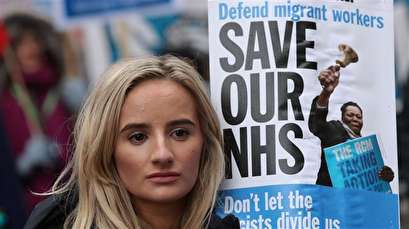 TEHRAN, Young Journalists Club (YJC) -Doctors in the UK have been refusing to perform urgent surgeries on patients with potentially fatal diseases due to serious shortage of intensive care beds in British hospitals.

Hospitals have been cancelling urgent surgery for patients with cancer, heart disease and other life-threatening illnesses, despite National Health Service (NHS) orders not to delay such operations.

Some patients have had their procedures cancelled several times, even though their critical situation means a surgery is urgent. Others have had operations cancelled on the day they were scheduled to take place.

Doctors’ leaders and the British Patients Association said that the cancellations could lead to the death of patients with cancer or heart diseases.

Hospitals complain that the National Health Service has failed to provide sufficient intensive care beds forcing doctors to prioritize flu patients at risk of dying before surgery over other very sick people including those suffering from cancer and heart problems.

Meanwhile thousands of people in London braved cold weather and rain on Saturday to march on Downing Street demanding an end to the persisting crisis affecting the UK’s National Health Service (NHS) and challenging Health Secretary Jeremy Hunt to adequately fund the NHS which has been under fierce funding pressure this winter.

Londoners waged the massive protest march on city streets on Saturday to declare support for the NHS, which has come under intense pressure by the country’s lawmakers to cut costs and even privatize amid continuing shortages of healthcare providers and equipment and numerous problems in timely treatment of patients. The government blames immigrants for NHS’ problems.

More than 190 people in the UK have died so far in this year’s flu outbreak, the worst since 2009-10, with thousands of others being admitted to hospitals.

NHS took the unprecedented step of allowing hospitals to cancel tens of thousands of planned operations this winter in order to free up beds, given the extra demand for treatment due to the flu outbreak.

Meanwhile the French have invited NHS patients whose operations have been cancelled because of winter overcrowding to be treated free in Calais Hospital.

Despite a flu outbreak even worse than the one in Britain, France has said it has plenty of space for British patients.

The offer is part of a 2016 partnership deal with the NHS, which allows patients to book treatment in selected French hospitals in the same way they would choose a UK hospital.

A flyer from the Calais center says: “At a time when planned surgeries are cancelled in all NHS hospitals, Calais Hospital is in capacity to offer fast care to any NHS patient.”