TEHRAN, February 2 - Turkish authorities on Friday ordered the detention of 13 people for supporting the national medical association online, the newspaper Hurriyet reported, after the organization publicly opposed a military campaign in Syria. 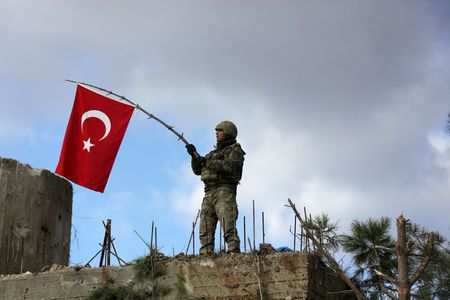 TEHRAN, Young Journalists Club (YJC) - A prosecutor this week ordered the detention of 11 senior members of the Turkish Medical Association (TTB), including its chairman, after the organization criticized the incursion into Syria's Afrin, saying "No to war, peace immediately". President Tayyip Erdogan accused the body of treason.

More than 300 people have been detained over social media posts that "criticized, opposed or misrepresented" the Afrin campaign, which started nearly two weeks ago, the government has said.

Authorities also raided the residence of a lawyer who had publicly read the statement from the medical association, a lawmaker from the main opposition said.

"They don't want to let anyone breathe," Baris Yarkadas, of the Republican People's Party (CHP), said on Twitter.

The crackdown on some of Turkey's top doctors has drawn international criticism from rights group Amnesty International and the World Medical Association, which has called for their protection and an immediate end to the legal proceedings.

Erdogan's critics see the latest arrests as emblematic of the purge that has followed a failed 2016 coup. More than 50,000 people have been arrested and 150,000 sacked or suspended from their jobs, moves the government says are necessary given the multiple security threats Turkey faces.

Turkey launched its Afrin operation, dubbed "Operation Olive Branch", nearly two weeks ago to target Kurdish YPG fighters near its southern border. Turkey sees the militia as a terrorist group and an extension of the outlawed Kurdistan Workers Party (PKK).

Separately, authorities on Thursday ordered the detention of another 13 people in three provinces for protesting against the offensive, police said.