Turkey cautions US troops against being targeted in Syria

TEHRAN, February 4 - Turkey has warned that American soldiers risk being targeted in northwestern Syria as the Turkish military pushes ahead with its offensive against Kurdish militants supported by the United States in the Arab country. 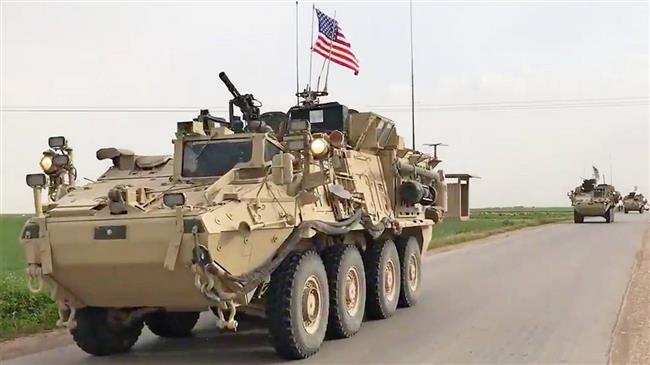 TEHRAN, Young Journalists Club (YJC) - Turkish Deputy Prime Minister Bekir Bozdag told CNN-Turk on Sunday that American soldiers risked being caught up in clashes if they appeared in uniforms of the Kurdish People's Protection Units (YPG). "If they come up against us in such a uniform we will see them as... terrorists."

"But the US has to be aware of Turkey's sensitivities. If US soldiers wear terrorist uniforms or are among the terrorists in the event of an attack against the army, then there is not going to be the chance to make a distinction."

Bozdag, however, said Turkey wanted no confrontation with American troops. "We do not at all want any clash with the US in Manbij, east of the Euphrates or in any other place."

Elsewhere in his remarks, the Turkish premier threatened that Ankara would expand its operation against the YPG militia to Manbij and even east of the Euphrates.

"If they (the YPG) do not withdraw from Manbij, then we will go to Manbij, we will go east of the Euphrates."

Bozdag was speaking after seven Turkish troops were killed on Saturday, including five in a tank attack, the heaviest single day human loss of Turkey's campaign in Syria so far.

Pro-government Turkish media said the tank attack was carried out with an anti-tank missile given to the YPG by the US.

Yeni Akit, a Turkish newspaper, in a reference to past images of American troops in northern Syria showing them with the YPG militia, said that "the supposed ally the United States knows no limit in treachery."

American troops have no presence in and around Afrin but they are present in Manbij and east of the Euphrates, where they have purportedly assisted the YPG in the fight against the Daesh Takfiri terrorist group.

The YPG forms the backbone of the Syrian Democratic Forces (SDF), a US-backed anti-Damascus militant group.

Ankara claimed that its campaign was aimed at pushing Daesh from Turkey's border with Syria and stopping the advance of Kurdish forces, who were themselves fighting Daesh.