TEHRAN, February 5 - Israel has begun notifying African migrants that they have until the end of March to leave the occupied territories or face jail, officials say. 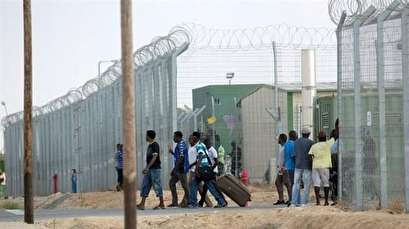 TEHRAN, Young Journalists Club (YJC) -Israel has begun notifying African migrants that they have until the end of March to leave the occupied territories or face jail, officials say.

On January 3, Israel started the implementation of a plan to deport nearly 38,000 migrants who had entered the occupied territories, mainly Eritreans and Sudanese, threatening to detain those who refuse to leave.

The first round of letters is issued only to men without families, officials said.

Israeli newspaper Haaretz said the number of refugees subject to near-term deportation is "between 15,000 and 20,000 people".

Under the plan, the Africans who agree to leave will each get a plane ticket as well as $3,500.

However, the grant offered to those who refuse to leave by the deadline will be reduced and "enforcement measures" will be taken against them and anyone employing them.

The Israeli regime has alleged that it had agreed with Uganda and Rwanda to take in Israeli-expelled Sudanese and Eritreans migrants over concerns that they may face danger if they return home. Both countries have denied the claim.

The issued notices do not specify where Israeli-expelled migrants would be sent. The plan, initially approved by the cabinet in November, has drawn concerns from the UN refugee agency, which called it incoherent and unsafe.