Egypt to probe ex-army chief and aide over secret files

TEHRAN, February 13 - The Egyptian army has said it will launch an investigation into Sami Anan, the former Egyptian chief-of-staff and Hisham Genena, the country's former top auditor, who had served as Anan's presidential campaign manager prior to its suspension. 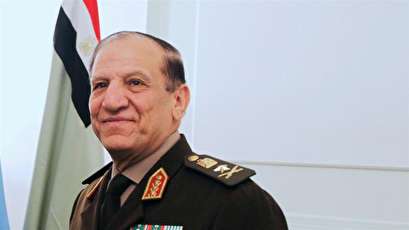 TEHRAN, Young Journalists Club (YJC) - The Egyptian army has said it will launch an investigation into Sami Anan, the former Egyptian chief-of-staff and Hisham Genena, the country's former top auditor, who had served as Anan's presidential campaign manager prior to its suspension.

The Supreme Committee of the Armed Forces (SCAF) said on Monday that the decision followed Genena's remarks on Sunday, in which he claimed that Anan was in possession of "documents and evidence" that would undermine the country and its leadership.

In an interview with HuffPost Arabi, Genena said Anan was in possession of "secret" documents that would incriminate several people in power who were involved in deadly events that unfolded following the January 25 uprising.

According to Genena, Anan threatened to leak those documents if he were to be legally charged. During the interview, Genena expressed concern over Anan's safety, saying he feared a potential assassination attempt.

Army spokesman Tamer Rifai considered Genena's remarks a crime against the state and its institutions.

"The armed forces will use all the rights it is guaranteed by the Constitution to protection [the country's] national security and preserve its honour and dignity," he said, adding that the investigation will be referred to the relevant legislative bodies who will be taking legal action against both defendants.

Anan's presidential campaign was abruptly suspended after being arrested on accusations he committed violations that "warrant official investigation".

The 69-year-old was also accused of incitement against the military.

Last month, Genana was seriously injured during a suspected kidnapping attempt, his lawyers had said.

Separately on Monday, an Egyptian lawyer submitted an official complaint to the public prosecutor, calling for the arrest of Abdul Moneim Aboul Fotouh, a leading opposition figure and ex-presidential candidate, after the latter appeared on an Al Jazeera television show from London.

A former member of the Muslim Brotherhood and leader of the centrist Strong Egypt Party, Aboul Fotouh ran as an independent candidate in the 2012 presidential elections, gaining nearly a fifth of the vote in the first round.

In an interview with Al Jazeera earlier this week, Aboul Fotouh condemned Sisi's crackdown on opposition and said that the upcoming presidential elections were not fair, transparent, or "democratic", especially with the absence of real opposition.

"A boycott of this mockery is a duty, in our opinion, because we don't accept for Egyptians to participate in a farce," he had previously said of the March vote.