TEHRAN, February 5 - A Japanese army Apache attack helicopter crashed in western Japan on Monday, killing one of two people on board and sparking a fire in a residential area near a school and a nursery, media said. 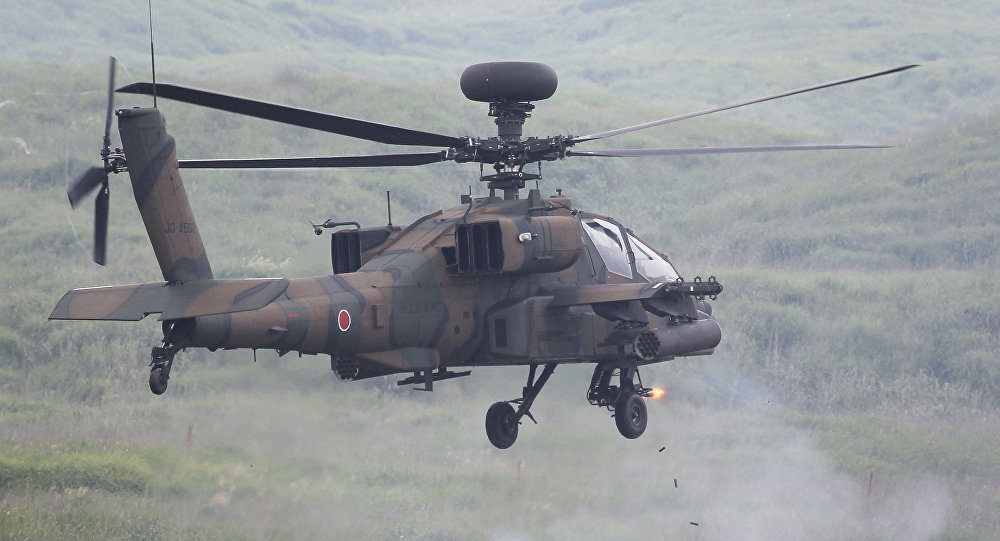 TEHRAN, Young Journalists Club (YJC) - The crash comes amid heightened scrutiny of military flights following a series of emergency landings and parts falling from aircraft operated by the U.S. Marines on the southern island of Okinawa.

The Ground Self Defense Force helicopter, built by Boeing Co, came down in Saga prefecture during training, Minister of Defense Itsunori Onodera said in comments aired by public broadcaster NHK.

The second person on the helicopter was missing, Onodera told reporters. Live images aired by NHK showed firefighters dousing a house as smoke billowed from its roof and windows.

An elementary schoolchild who lived in the house suffered a minor injury, NHK reported.

The incident highlights the dangers of building military bases close to residential areas and could make the Japanese government more determined to push through its plan to move the U.S. Marines’ Futenma air base to a less populated part of Okinawa.