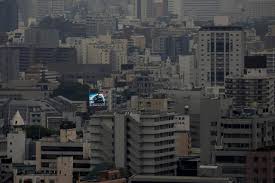 The long run of growth is also an encouraging sign for the Bank of Japan, hinting that the economy may at last be building up momentum to lift consumer prices toward its 2 percent inflation target.

Nonetheless, the lack of any inflation effect in the data and a decline in real wages for the quarter highlight the challenges still facing the BOJ’s efforts to foster a virtuous cycle of growth, consumer spending and business investment - a key element of the “Abenomics” policy.

The GDP data comes after news that Abe’s government has decided to nominate Haruhiko Kuroda for a rare second term as Bank of Japan governor, a sign his ultra-loose monetary policy will remain in place, although investors still have questions about who the deputy governors will be and what policies they are likely to favor.

Japan’s economy has now posted the longest continuous expansion since a 12-quarter stretch of growth between April-June 1986 and January-March 1989 around the height of Japan’s notorious economic bubble.

“The headline figures are somewhat weaker than expected, but that’s not something to worry too much about,” said Yoshiki Shinke, chief economist at Dai-ichi Life Research Institute.

Despite the weaker-than-expected headline figures, many economists say they expect growth to continue because companies can use their strong profits for capital expenditure.

The tightest labor market in about 40 years is also expected to finally give unions more bargaining power in wage negotiations.

To be sure, some economists are more cautious about domestic demand because any further declines in global stocks could hurt sentiment and returns on investors’ portfolios.

Real wages fell 0.4 percent in the fourth quarter, the first decline in three quarters, which is another risk to domestic demand.

“I‘m also worried about a negative wealth effect from a falling stock market.”