TEHRAN, February 6- A U.S. House of Representatives committee voted unanimously on Monday to approve the release of a classified document that Democrats say will rebut a contentious Republican memo alleging FBI bias against President Donald Trump. 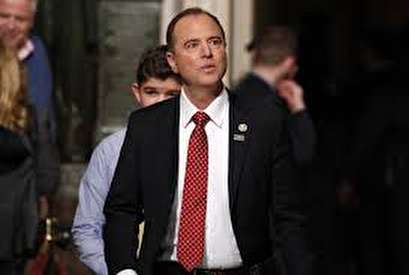 The vote will send the 10-page Democratic memo to the White House as soon as Monday night, giving Trump until Friday to decide whether to allow its release.

If he declines, after approving the release of the Republican memo despite strong objections by the Federal Bureau of Investigation, it could set up an angry dispute pitting the White House and many of Trump’s fellow Republicans in Congress against Democrats, law enforcement and intelligence agencies.

A week ago, Republicans, who control a majority on the committee, joined together to block the release of the Democrats’ memo and approve the Republican memo, despite unanimous Democratic opposition.

But Republican committee members said on Monday they were comfortable with releasing the Democratic document now that it had been reviewed by House members.

The Republican memo accused senior FBI and Justice Department officials of not revealing that portions of a dossier used in seeking a secret Foreign Intelligence Surveillance Court warrant to eavesdrop on former Trump campaign aide Carter Page were partly paid for by Democrats.

Trump allowed its release to the public last Friday.

Democrats said the Republican memo was intended to undermine Special Counsel Robert Mueller’s criminal probe into possible collusion between Moscow and the Trump campaign, and that Trump might try to use it to justify firing Mueller or Rod Rosenstein, the No. 2 official at Justice, who signed off on at least one warrant application for Page.

The dispute, an extraordinary breach between the White House and law enforcement, has also deepened partisan rancor over congressional investigations of Russia and the 2016 U.S. election, prompting concern about lawmakers’ ability to produce unbiased reports.

A Reuters/Ipsos poll released on Monday showed that nearly three out of four Republicans believed the FBI and Justice Department were trying to undermine Trump, a sharp turn for a party that has historically been a strong backer of law enforcement agencies.

Democrats said their document would help set the record straight.

“We think this will help inform the public of the many distortions and inaccuracies in the majority memo,” Representative Adam Schiff, the committee’s top Democrat, told reporters after the House Intelligence Committee’s business meeting.

He also said Democrats wanted to ensure that the White House would not seek to block all or part of the document, and that any redactions were “fully explained” by the FBI or Justice Department. The agencies have had the Democratic document for days, he said.

“We also want to make sure that the White House doesn’t redact our memo for political purposes and obviously that’s a deep concern,” Schiff said.

Representative Mike Conaway, a senior committee Republican, said he wanted the Democratic memo released but did not know how he would respond if Trump sought to block it.

House rules could let Democrats request an unusual closed vote in the full House of Representatives on whether to override the president if Trump opposes the memo’s release.

House intelligence is one of three congressional committees looking into the matter, along with Mueller.