Most Americans have grim outlook on US direction: Poll

TEHRAN, February 24 -A majority of Americans think the direction of the United States has worsened over the last year, mainly due to a surge in racism and violence fueled by President Donald Trump, according to a new survey. 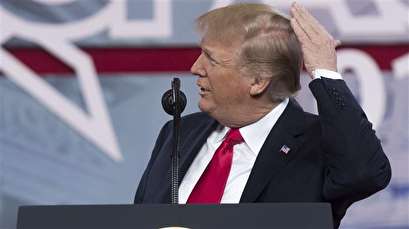 TEHRAN,Young Journalists Club (YJC) -A majority of Americans think the direction of the United States has worsened over the last year, mainly due to a surge in racism and violence fueled by President Donald Trump, according to a new survey.

Some 53 percent say the country’s overall direction is pretty grim, despite improvements in the economy, according to a poll released Friday by the Associated Press-NORC Center for Public Affairs Research.

Despite that gloomy outlook, Americans are more likely to see the US economy as having improved rather than worsened in the past 12 months, 39 percent to 24 percent, the poll found.

“Well, I hold a job again,” said 67-year-old David Peterson of Torrance, California, a quality assurance manager at an aerospace company who was forced to work at a security job for a year. “But recent events would point toward things getting worse. … It’s a lot of violence in the news. A lot of violence in the country. A lot of natural disasters.”

Americans' view of the nation has darkened in the 13 months since Trump took office, amid devastating mass shootings, a deadly race riot in Charlottesville, Virginia, record-setting hurricanes and Trump’s volatile White House and his feud with North Korea.

The poll also found that most people, nearly two-thirds, continue to disapprove of how Trump is handling his job as president, while just 35 percent approve.

A recent US poll released last month showed that most Americans think Trump’s first year in office was a failure and that he has divided the nation.

Trump ended his first year in office in January with the lowest average approval rating of any elected president in his first year.