Next round of Syria peace talks in Astana slated for late February: Kazakh FM

TEHRAN, February 6 - The next round of the Astana process on settlement of the Syrian conflict is planned to be held later this month, Kazakh Foreign Minister Kairat Abdrakhmanov said on Tuesday as Turkey started to construct the fourth observation point in the northern Syrian province of Idlib 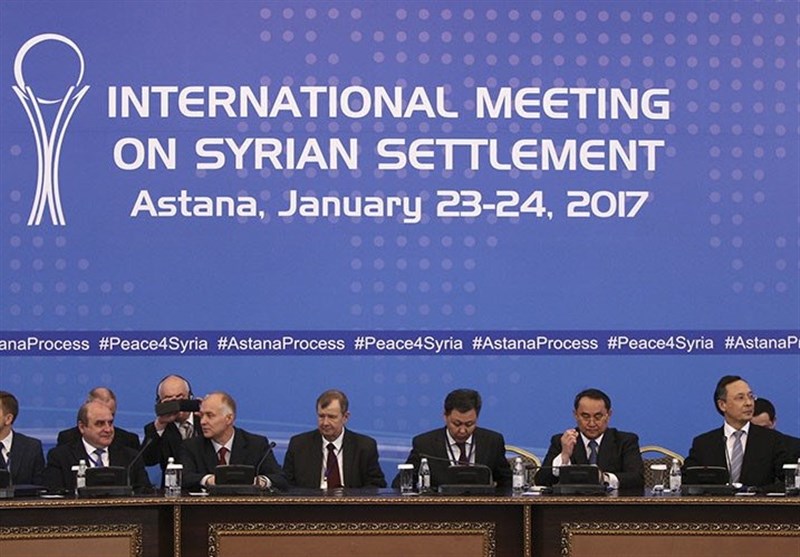 TEHRAN, Young Journalists Club (YJC) - "According to information that we received from Astana process underwriter states - Russia, Turkey and Iran - the parties are preparing for a new round of talks in Astana in accordance with earlier reached agreements,” Abdrakhmanov told reporters on Tuesday.

“The issue concerns the 20th day of February, but information is yet to be ultimately confirmed by the underwriter states," Abdrakhmanov said, according to Tass News Agency.

In December 2017, the eighth international meeting on Syria was held in Kazakhstan’s capital. On the basis of its results, Russia, Iran and Turkey coordinated terms of holding of the Syrian National Dialogue Congress on January 29-30 in Sochi.

The peace talks would come as the Turkish forces have started to construct the fourth observation point in Syria’s Idlib, the Turkish General Staff said in a statement.

"As part of agreements on de-escalation zones reached in Astana, our servicemen have started to construct the fourth observation point… in Idlib. Moreover, we are going to start the work on the construction of two more such points," the statement read.

A convoy of the Turkish Armed Forces moved to the fourth observation point in Idlib to keep track of the situation and sustain the current cease-fire in the de-escalation zones, deliver aid and ensure the secure return of local people, Sputnik reported.

Turkey is one of the peace-guarantor states in Syria. The country's decision follows the recent deadly attack that took place in the area, when terrorists shot down Russian Su-25 aircraft. The pilot managed to survive in an aircraft crash, but was killed in a combat with terrorists.

In another development, the Syrian army has deployed new air defenses and anti-aircraft missiles to frontlines in the Aleppo and Idlib areas, a commander in the military alliance fighting in support of President Bashar al-Assad said on Monday.

“They cover the air space of the Syrian north,” the commander told Reuters, describing the deployment as a “message to everyone”. The air defenses had been sent to frontlines with militants in rural areas of Aleppo and Idlib.

Turkish warplanes have been mounting airstrikes against the northwestern Syrian Kurdish region of Afrin, which is part of Aleppo province, as part of a major offensive targeting Syrian Kurdish YPG fighters.

Ahead of the Turkish offensive against Afrin, the Syrian government had threatened to shoot down any Turkish warplanes in Syrian air space.

The US-led coalition against Daesh (ISIS or ISIL) also operates in northern Syria, though some distance from Aleppo city in the territory stretching from the city of Manbij to the Iraqi border.

Syrian government forces are waging an offensive into rebel-held Idlib province, which borders the Afrin region to the west and is the largest chunk of Syria still in insurgent hands.