TEHRAN, February 11 - The United Nations children’s agency said one in every four children in is in poverty in Iraq, which seeks urgent international assistance to help it reconstruct after a four-year-long war against the Takfiri terror group of Daesh. 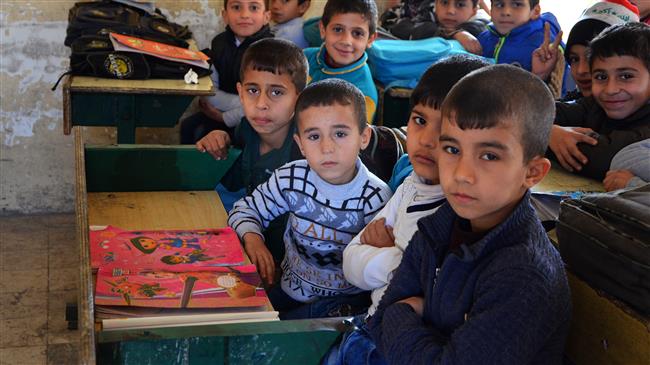 TEHRAN, Young Journalists Club (YJC) - The UNICEF revealed the information in a statement on Sunday, adding that half of Iraq's schools needed repairs and over three million children had had their education interrupted.

Daesh launched its campaign of terror and bloodshed against the Arab country in 2014. It overran vast swathes of territory in lightning attacks.

Prime Minister Haider al-Abadi declared victory over the group last December after the army and its allies retook the last urban areas in western Iraq from the Takfiri militants.

Baghdad is demanding $100 billion in foreign investment in transport, energy, and agriculture as part of a plan to rebuild parts of the country and revive the economy.

Kuwait will host an international conference on the country's reconstruction on February 12-14.

US not chipping in

On Thursday, US and Western officials said Washington had no plan to allocate money to the reconstruction process at the conference.

Former head of the US Agency for International Development’s (USAID) Office of US Foreign Disaster Assistance, Jeremy Konyndyk, said by not contributing to reconstruction, especially in combat-ravaged areas, the administration of US President Donald Trump could help set the stage for new militancy.

The UN has verified 150 attacks on education facilities and 50 attacks on health centers and personnel since 2014, the UNICEF statement noted.

The Associated Press also revealed recently that Washington was drawing down its Iraq-based troops now that Daesh has been defeated, relocating them to Afghanistan, where the group is expanding operations.