TEHRAN, April 03 - Russia’s Investigative Committee has started a criminal investigation into Ukrainian Interior Minister Arsen Avakov on charges of barring Russian citizens from voting in Ukraine during the presidential elections on March 18. 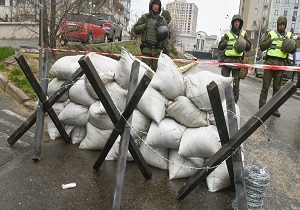 “According to data possessed by investigators, Avakov ordered his subordinates in the Ukrainian Interior Ministry – which provided security in Russian diplomatic institutions in Kiev, Lvov, Odessa and Kharkov – to not allow Russian citizens access polling stations to participate in the presidential elections,” the agency’s spokesperson Svetlana Petrenko told reporters on Tuesday.

In Russia, preventing citizens from exercising their electoral rights is a criminal offense, punishable by up to five years in prison if it is committed by a state official or by an organized group.

Two days before the Russian presidential elections on March 18, Avakov wrote on his Facebook page that Ukrainian police and the National Guard would prevent Russian citizens in the country from casting ballots in polling stations at Russian diplomatic missions. The minister said that only holders of diplomatic passports would be allowed in the buildings. Avakov described the move as “retaliation” for Russia holding the presidential elections in Crimea regardless of Ukrainian protests.

The Russian Foreign Ministry has protested against the decision, saying it violated the Vienna Conventions on Diplomatic and Consular relations and basic international human rights norms, including the provisions of the European Convention on Human Rights (ECHR) of 1950. Russian diplomats also described the attempts to hinder citizens' access to the polls as “direct interference” with Russian domestic politics.

Some 72,000 Russian citizens in Ukraine are eligible to vote in the presidential elections, according to the Russian Electoral Commission.