TEHRAN, April 06 - The Chinese government's top diplomat hopes that planned summits between North Korean leader Kim Jong Un and the presidents of South Korea and the United States will "take the fuse" out of the situation on the Korean peninsula. 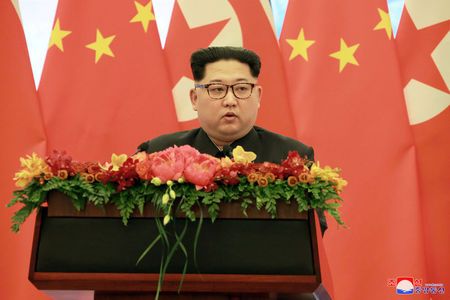 TEHRAN, Young Journalists Club (YJC) - After a meeting with Russian Foreign Minister Sergei Lavrov in Moscow, China's State Councillor Wang Yi said he hoped the summits would bring the issue of North Korea's nuclear program back into the realm of dialogue and negotiations.

"We all welcome and support the apparent improvement in the situation on the peninsula and appreciate the efforts of all parties," Wang, who is also China's foreign minister, said on Thursday, in comments posted on his ministry's website.

He hoped the three leaders would take the opportunity to completely defuse the situation, he added.

South Korean President Moon Jae-in and U.S. President Donald Trump have both agreed to meet Kim. Trump has traded barbs with the North Korean leader for much of his time in office as Pyongyang pursues development of nuclear weapons capable of hitting the United States.

Last month, China said it won a pledge from Kim, who was on a surprise visit to Beijing for talks with Chinese President Xi Jinping, to denuclearize the Korean peninsula.